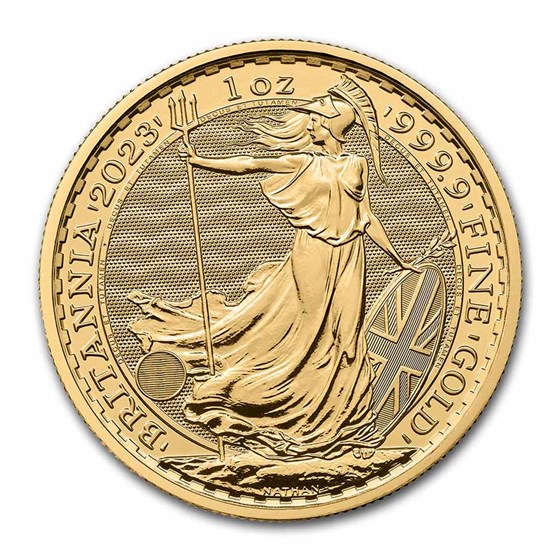 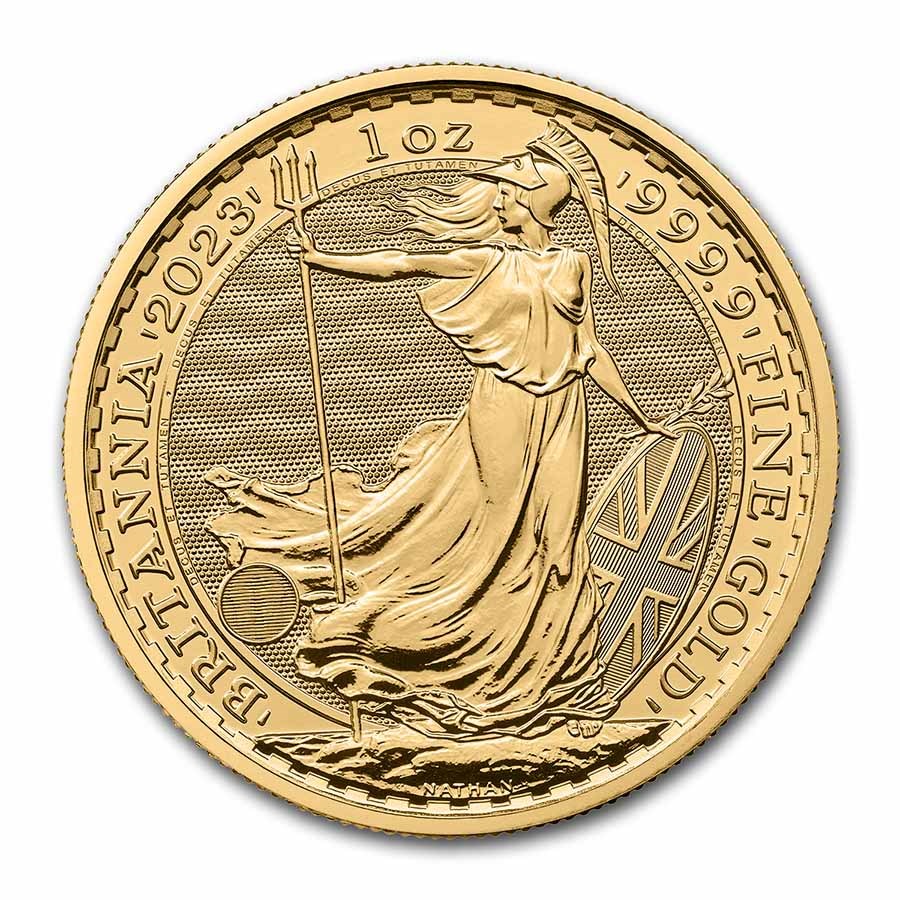 Product Details
Product Details
As low as $79.99 per coin over spot
The Royal Mint featured a limited production run of Her Late Majesty Queen Elizabeth II on 2023 dated Britannia coins. This, the second Britannia release of 2023, debuts the effigy of His Majesty King Charles III.

Safeguard your 2023 Gold Britannia with this clear plastic capsule or display it in style by adding an attractive presentation box to your order. You can even add a beautiful coin bezel to turn your Gold Britannia into fine jewelry!

First struck in 1987, the Gold Britannia coin became an instant classic. Today, it marks one of the flagship coins of The Royal Mint and this release features the first effigy of His Majesty King Charles III. Add the 2023 Great Britain 1 oz Gold Britannia to your cart today!

The Royal Mint Britannia Series
The Royal Mint's Britannia series was first introduced in 1987 and has remained one of the world’s most popular coin series. While the design of the Britannia coins has changed slightly over the years, they all feature a statue of Britannia standing on a rock with a trident in her hand. The coins also feature the word "Britannia" and the year of minting. The Britannia coin series is highly prized by collectors, and coins from earlier years are especially valuable. In 2023, The Royal Mint released the final Britannia to feature the effigy of Her Late Majesty Queen Elizabeth II. This was done as a limited production run and was followed by the release of 2023 Britannia coins debuting the effigy of His Majesty King Charles III. The year 2023 marks a historical moment in the coin's history as the first year featuring two reigning monarchs.

The Gold Britannia is one of the flagship coins of The Royal Mint and is one of the most popular products. Following the popularity of the Gold Britannia, The Royal Mint began using the popular design on a Silver coin for the first time in 1997 as a Proof coin. Soon after, in 1998, the Silver Britannia was also released in a bullion version. Today, the series has expanded to several sizes and also includes Platinum Britannia coins along with the limited mintage Proof Gold and Proof Silver Britannia coins.