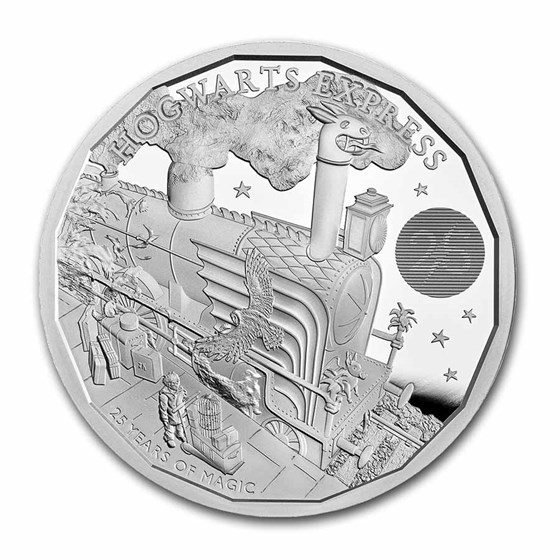 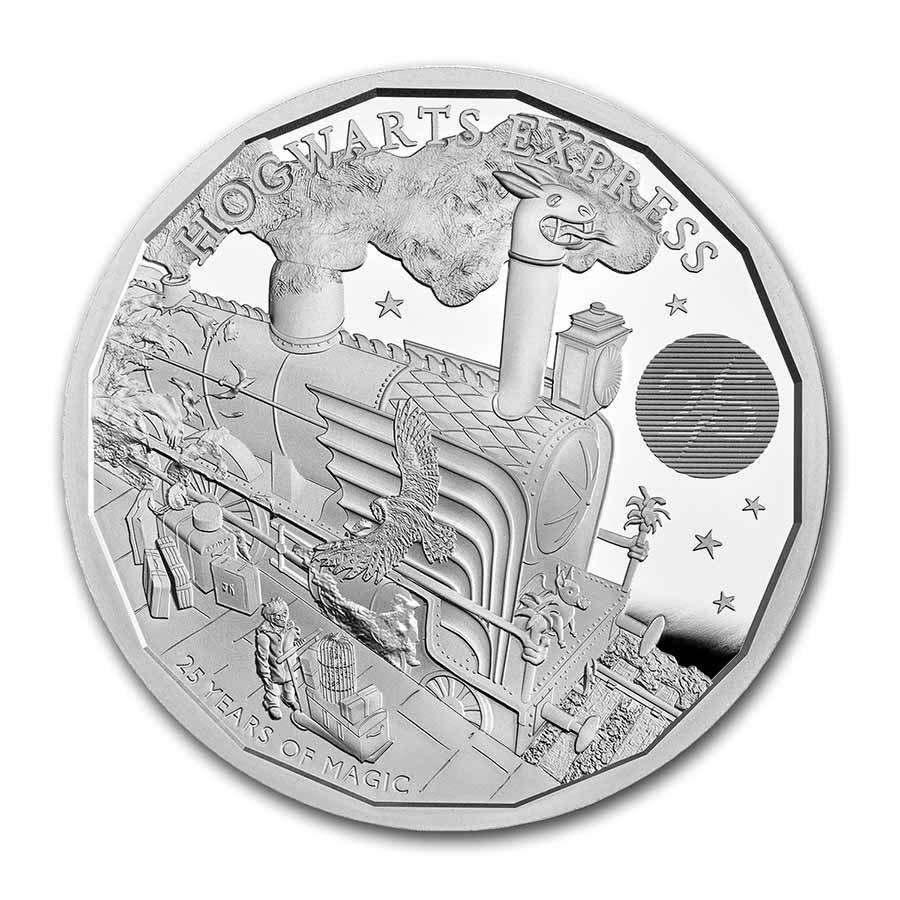 Your purchase is guaranteed to match the quality of the product shown. It will not be this exact item.
Product Details
Product Details
To mark 25 years since the publication of Harry Potter and the Philosopher's Stone, The Royal Mint is celebrating this classic of children's literature with a collection of United Kingdom coins. This coin has a limited edition presentation of only 15,000.

Add this endearing £2 Hogwarts Express coin to your cart today!

Hogwarts Express
In this, the second release in this four coin series, Ffion Gwillim used the original illustration of artist, Jay Kelly to design the reverse of Harry Potter, the book's hero in his iconic glasses. This coin boasts a beveled rim and and edge with an inscription that reads, 'PLATFORM NINE AND THREE-QUARTERS' Additionally, this coin has a latent feature that displays a lightning bolt and the number 25, commemorating the 25th anniversary of the book's publication. The fields of the reverse feature a whimsical star design and "25 YEAR OF MAGIC" written adjacent to the rim. Made in partnership with Bloombury Publishing, The Blair Partnership and Warner Bros. Entertainment Inc.