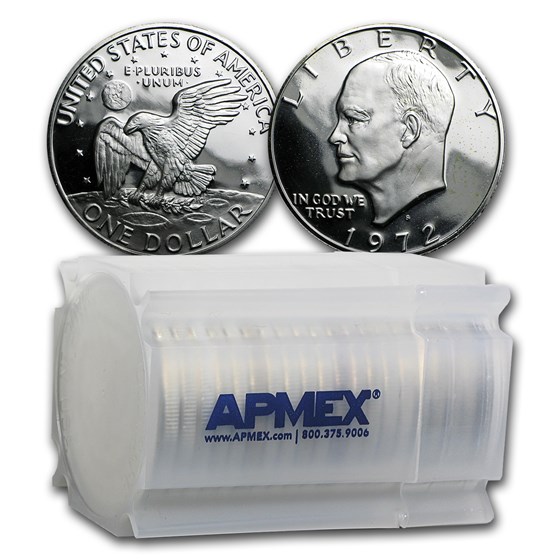 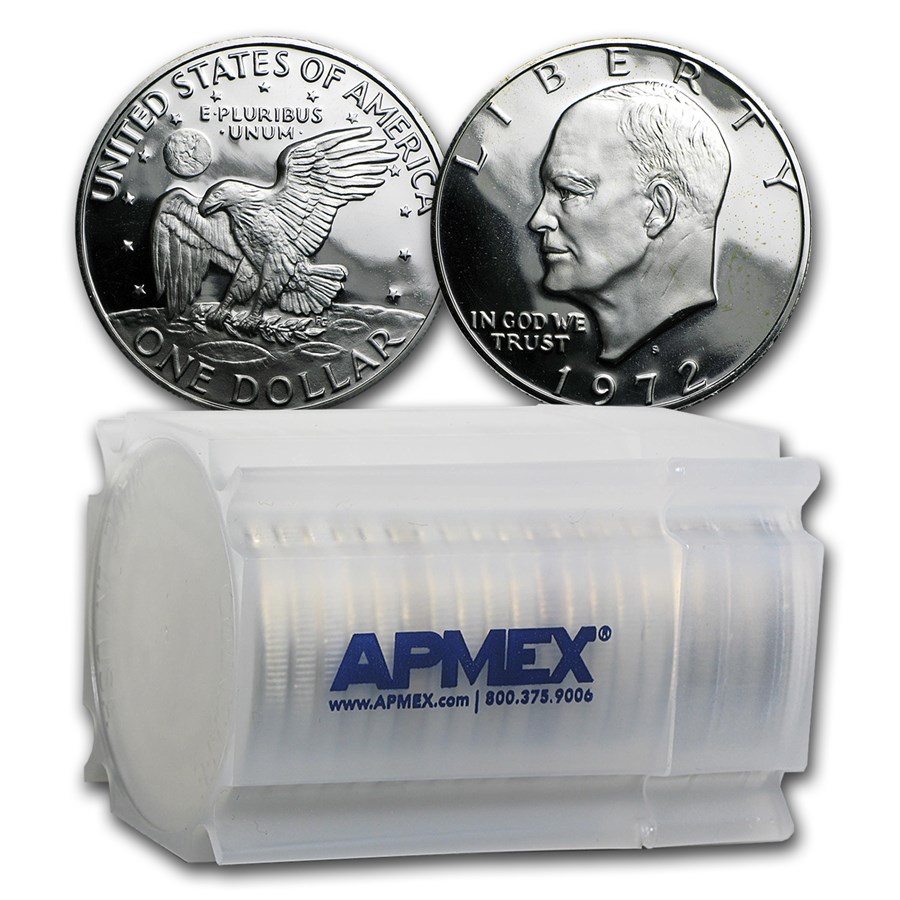 Your purchase will match the quality of the product shown.
Product Details
Product Details
This 20-Coin Roll of 1972-S Gem Proof Eisenhower Dollars is an excellent way to jump start your Silver dollar collection.

Preserve a part of American history by starting your own collection of Ike Dollars. Add to your collection by including this 20-Coin Roll of 1972-S 40% Silver Eisenhower Dollars to your cart today.

Another beautiful APMEX product, every one very nice, this includes the amazing Cu-Ag toning. Thank you.