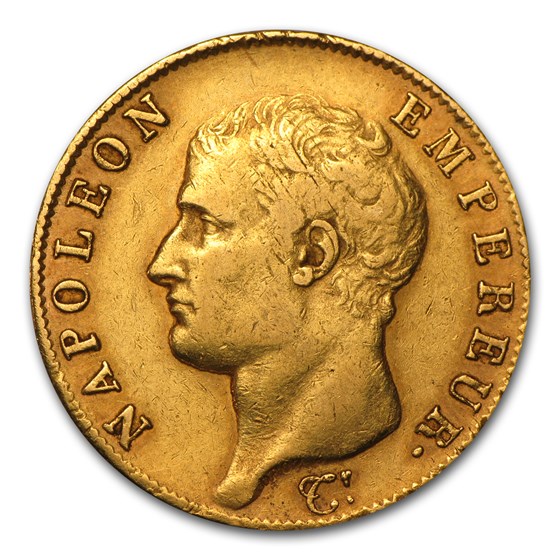 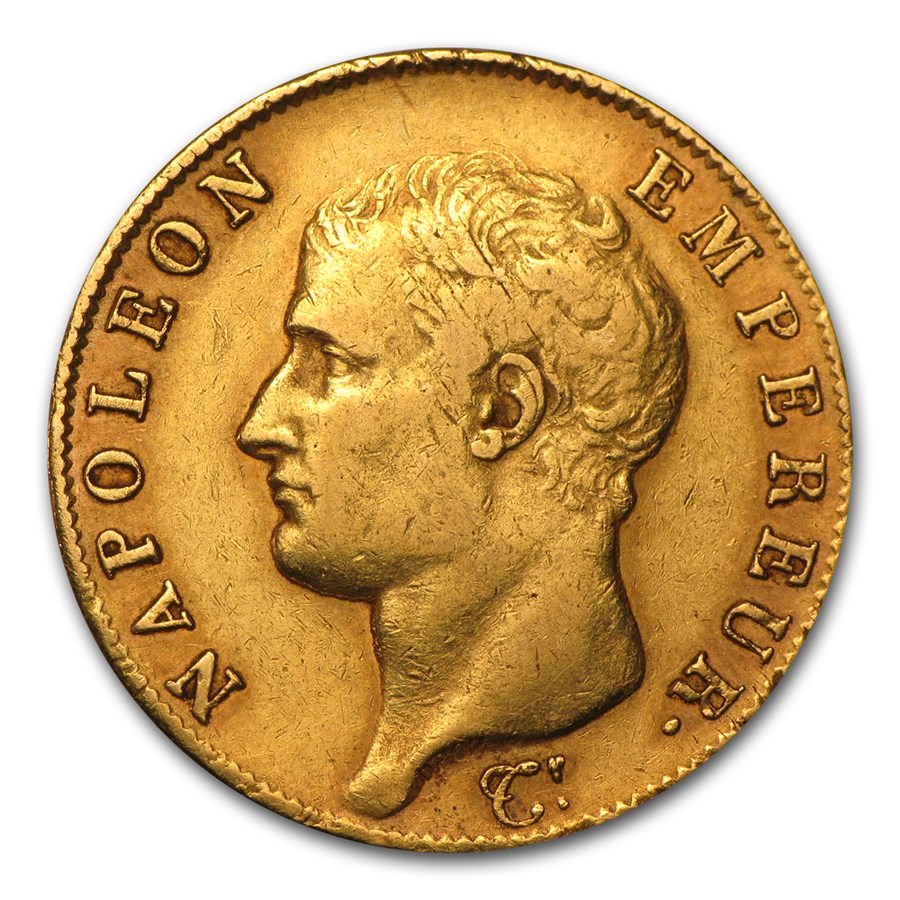 Your purchase will match the quality of the product shown. Dates will be of our choosing and may or may not vary, determined by stock on hand.
Product Details
Product Details
These early 19th century French Gold coins contain .3734 oz actual Gold weight. Napoleon Bonaparte is depicted on the obverse as emperor. The value is surrounded by a wreath on the reverse.

Display your Gold 40 Francs in style by adding a wooden gift box to your order.

Add these Gold Francs of Napoleon I to your cart today!

Dates you receive will be randomly selected and are determined by stock on hand.

I am very pleased to have this coin.