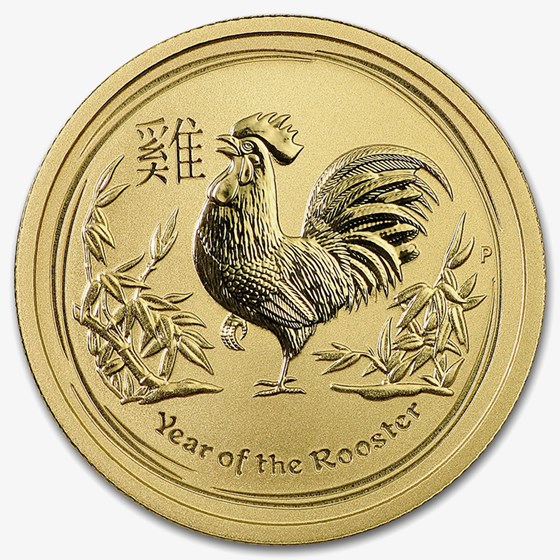 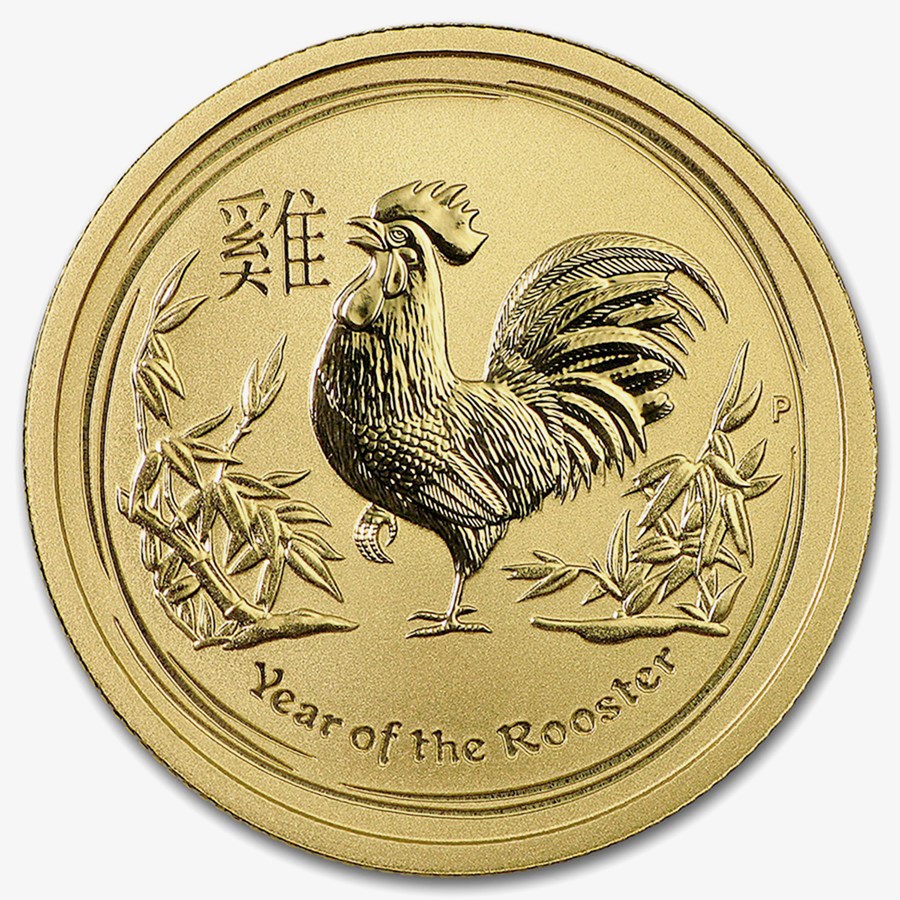 $1,961.99
As Low As
Product Details
Product Details
These magnificent 1/4 oz Gold coins celebrate 2017 as the Year of the Rooster, the tenth animal in the 12-year cycle of the Chinese zodiac, and are dated to commemorate the event.

Coin Highlights:
Protect your Gold coin by adding an attractive display box to your order.

APMEX is an authorized distributor of Perth Mint products, allowing APMEX to get coins directly from the Perth Mint and pass them along to you. This spectacular 2017 1/4 oz Gold Lunar Year of the Rooster coin is available at a lower price point than its full ounce counterpart. Add this release from the Perth Mint to your cart today!

Nice detail on this lunar coin.

Perth mint makes some of the finest products out there. Highly recommended.

This is a fine crafted coin. Gold like a good friend-in any shape or form has never let me down. Been making my purchases here ten years. APMEX is the only place needed to shop for metal money.

I look forward to the new Australia Lunar coins every year. It is a great way to invest in silver or gold coins.

Perth Mint always provides a quality product. I like the pre-order sales and try to buy when I can.

A very artistic design for year of the rooster. I bought this size to add to my collection of wearable pendants. if you want more value u can buy a bigger size .