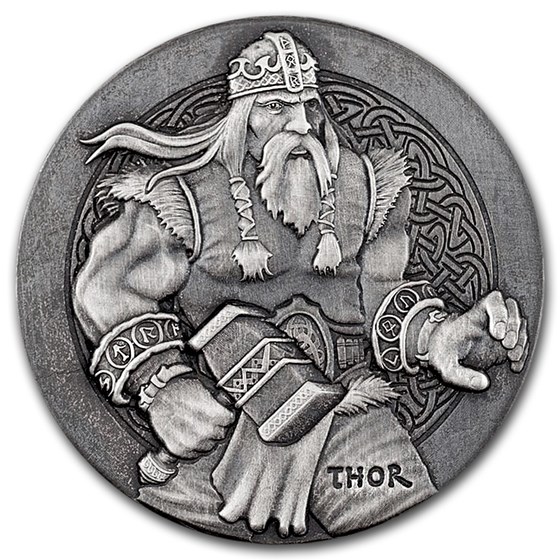 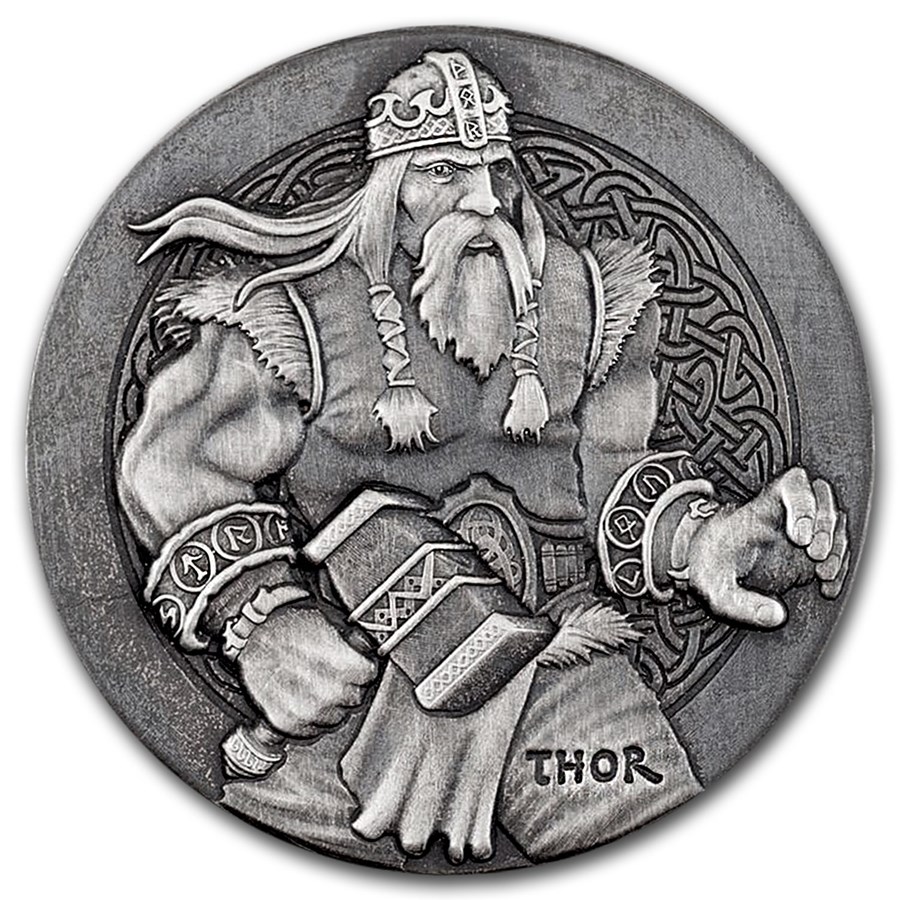 Product Details
Product Details
The fourth release in the second round of releases of the Scottsdale Mint's incredible 15-Coin Vikings: Gods, Kings and Warrior series features the legendary god of thunder, Thor.

Coin Highlights:
Complete your Viking Series collection or give this striking 2 oz Silver coin as a gift. Add this 2 oz Silver Thor coin to your cart today!

In Norse mythology, Thor is the husband of the golden-haired goddess Sif, a Goddess associated with earth and fertility. Together, they fathered the goddess Thrud. Thor is described as fierce-eyed, red-haired and red-bearded. Thor's exploits, including his earth-shaking battles with the monstrous serpent Jormungandr and their foretold mutual deaths during the events of Ragnarok are literally the stuff of legend, having been recorded throughout numerous historical Norse poems and texts.