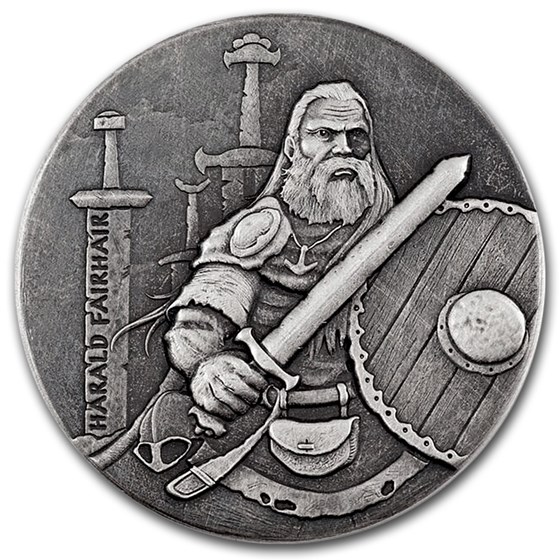 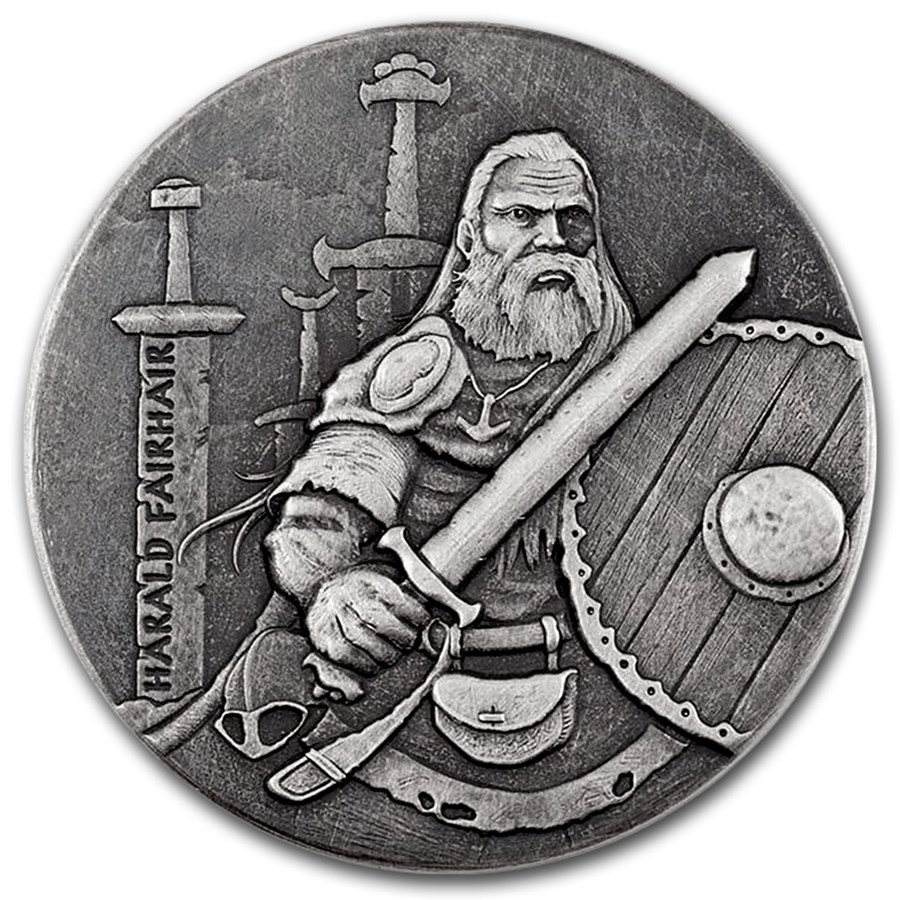 Product Details
Product Details
The fifth release in the second round of releases of the Scottsdale Mint's incredible 15-Coin Vikings: Gods, Kings and Warrior series features the king Harald Fairhair.

Coin Highlights:
Complete your Viking Series collection or give this striking 2 oz Silver coin as a gift. Add this 2 oz Silver King Harald Fairhair coin to your order today!

In 1983, King Olaf V of Norway unveiled in Hafrsfjord, Norway "Sverd i Fjell" or "Swords in the Rock," a monument of three swords, each standing approximately 10 meters (33 feet) tall, to commemorate King Fairhair's great victory at the Battle of Hafrsfjord in 872. The largest of the three swords represents King Fairhair, the two smaller swords the petty Kings defeated that day.