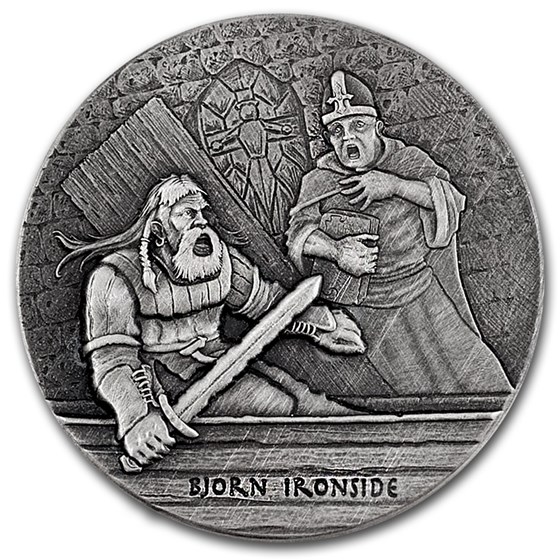 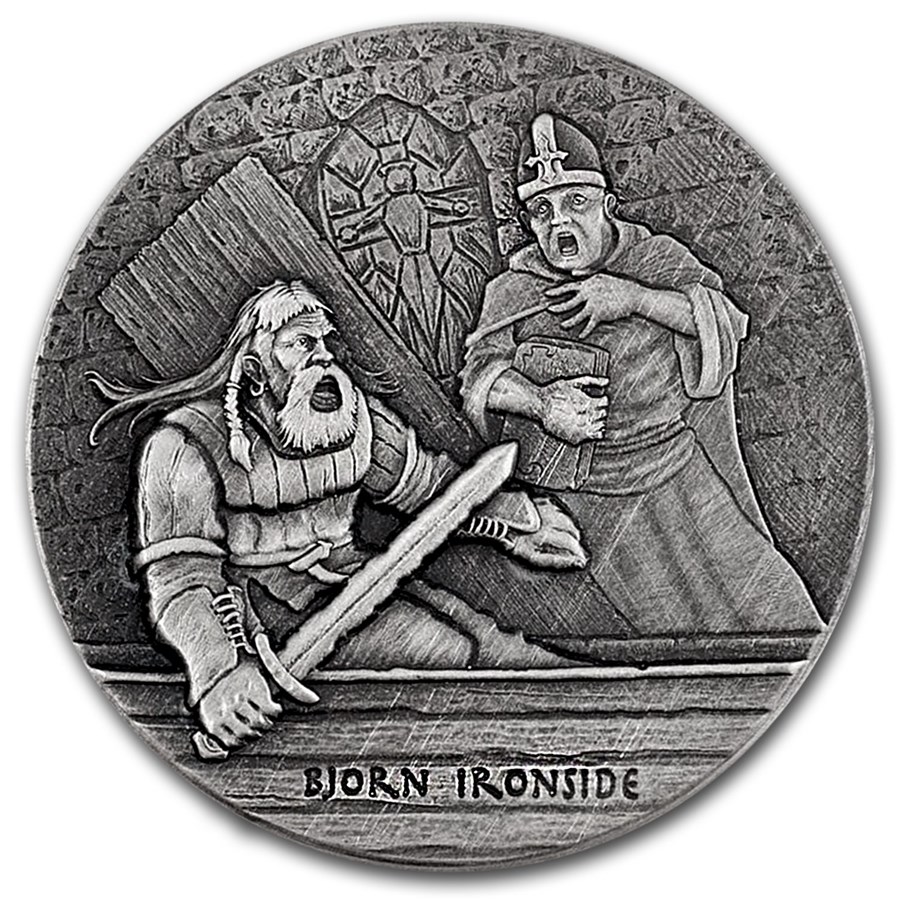 Björn is notably known as being one of the sons of the famous Viking warrior, Ragnar Lothbrok. Each coin is uniquely struck in an impressive high relief, antique finish 2 oz coin which brings the innovative designs to life when held in your hand.

Coin Highlights:
Complete your Viking Series collection or give this striking 2 oz Silver coin as a gift. Add this 2 oz Silver Björn the Warrior coin to your cart today!

Björn Ironside, the son of legendary Viking warrior and King, Ragnar of Lothbrok, is remembered as being a fierce warrior, powerful Viking chieftain and naval commander. Upon Ragnar's death, Norse legend indicates (although disputed by many) that Björn inherited the lands that comprise much of Sweden and Uppsala, becoming the first King of the Munso Dynasty. One of Björn's more notable legendary exploits included having raided France in 860 with his brother Hastein in a continuation of the tradition initiated by their father Ragnar Lothbrok. In 860, Björn led a large Viking raid down the Iberian coast, fought their way through Gibraltar, pillaged the south of France, and ultimately landed in Italy and captured the coastal city of Pisa.