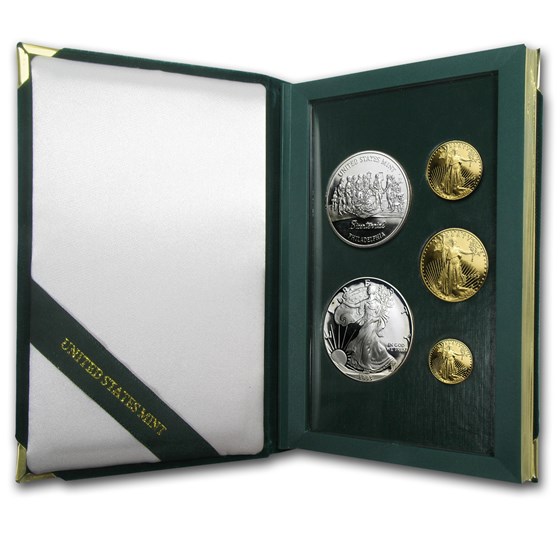 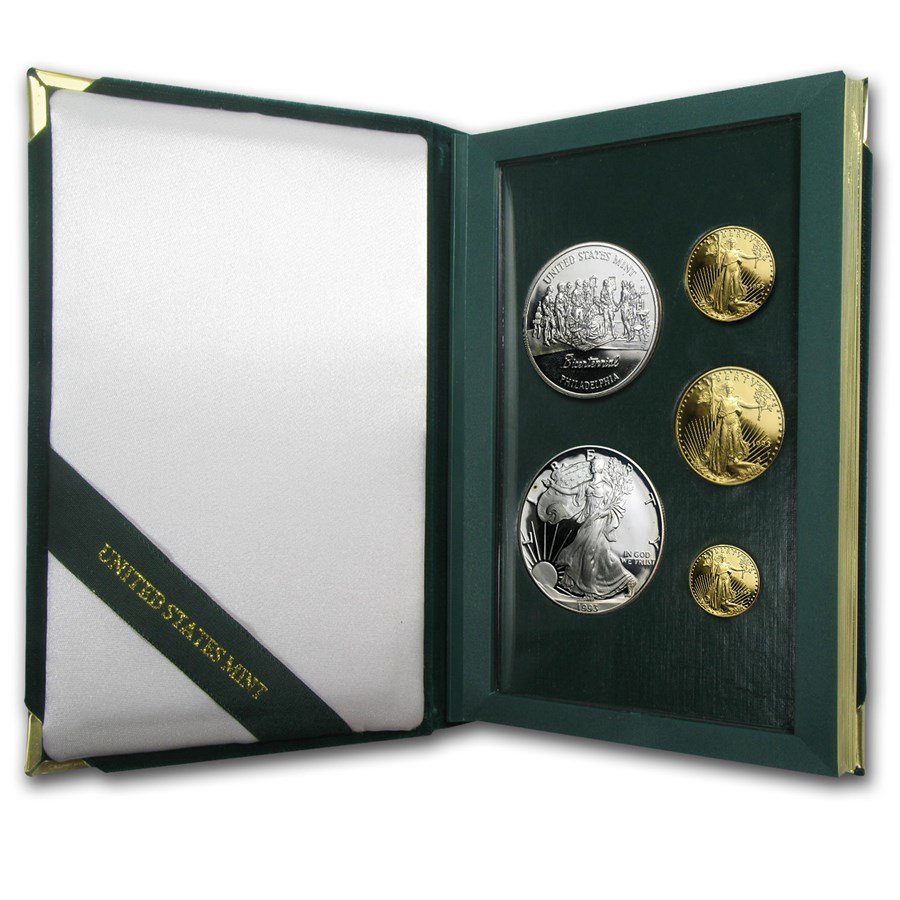 $1,974.99
As Low As
Product Details
Product Details
This proof 5-coin set from the Philadelphia mint contains; 1/10, 1/4, 1/2 oz Gold Eagles, 1 oz Silver Eagle, and a U.S. Mint Philadelphia Bicentennial Medal which was issued to commemorate the 200th anniversary of the first coins ever issued.

Protect your Proof Gold & Silver set by adding a pack of these cotton gloves or dehumidifier crystals to your order.

This limited mintage set gains even more collectibility with the Proof striking of each coin. Add this beautiful 1993-P 5-Coin Proof American Gold & Silver set to your cart today!