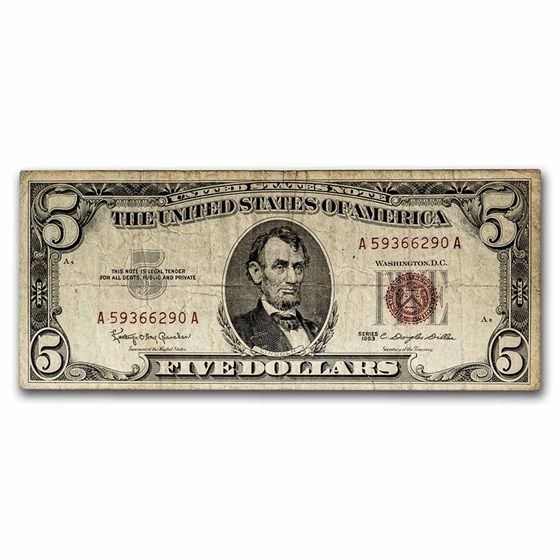 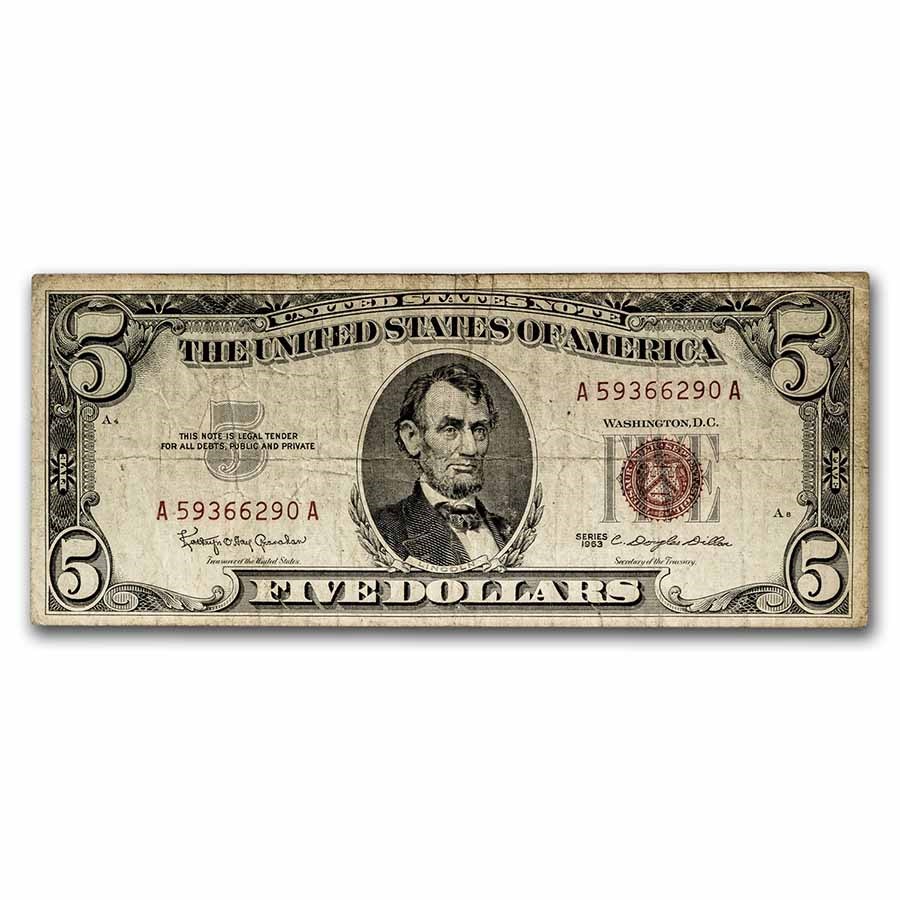 Product Details
Product Details
This series is the last of the Red Seal type issued in this denomination! Buy 5 or more and save $$$! Buy 10 notes and up and save even more!!

Currency Highlights: These notes are a great part of history that can easily be added to any collection. Granahan/Dillon signatures. Add some of these great conversation pieces to your cart today!

United States Notes were adopted for circulation during the Civil War in 1862 in denominations from One through One Thousand Dollars. The $5 denomination remained when we switched over to small size notes in 1928 and continued until the early 1960's when the denomination was discontinued. Although they are still legal tender, their red seals and serial numbers and competitive prices make them great collector items. In addition, their original printing of just over 63 million is small by today's standards!

Beautiful bills, will buy a again!

APMEX made it right

I ordered three of these $5.00 US Notes with red seal VG/VF I wanted to give them as gifts. Two of these notes were close to VF condition. One of the notes however was very disappointing. The left corner of the border was cut off and the note has some serious fold creases on it. I contacted APMEX by phone and told them the problem. I was sent an email with a postpaid return label. I returned the damaged note and APMEX sent me an AU note as a replacement. I am very pleased with the attention and service I received. I have been dealing with APMEX for more than 10 years now this was the only time I ever had a problem with an order. "APMEX made it right".

i just picked up one of these because ive never seen it before, and it is beautiful in excelent shape, im going to buy another to put in my collection!