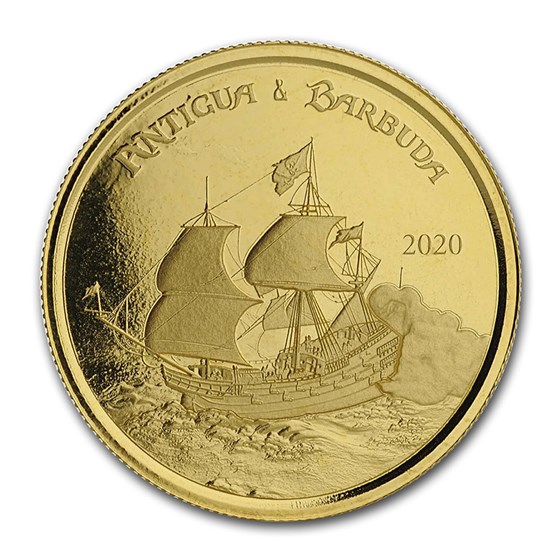 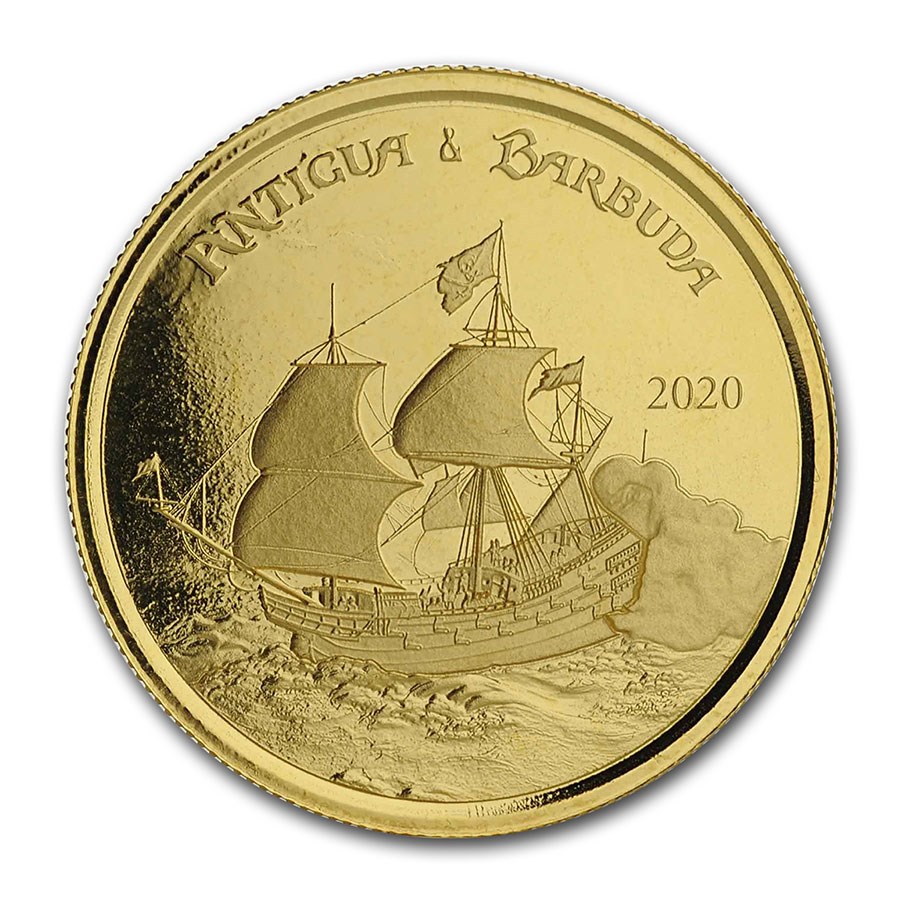 $1,987.09 $1,997.09
As Low As
Product Details
Product Details
The EC8 program kicks off again in 2020 with the popular Rum Runner series. Issued from the country of Antigua & Barbuda, this Gold coin depicts an 18th-century pirate ship with smoke billowing from its gunports as it navigates the ocean waves.


Collect a piece of history from each of the beautiful Caribbean Islands. Add this Antigua & Barbuda Rum Runner Gold BU coin to your cart today!