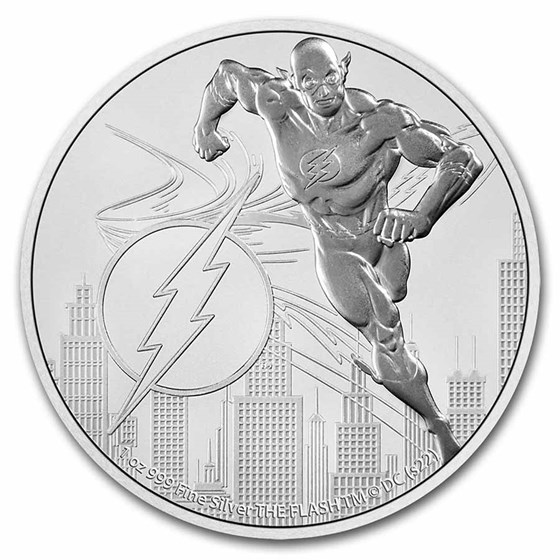 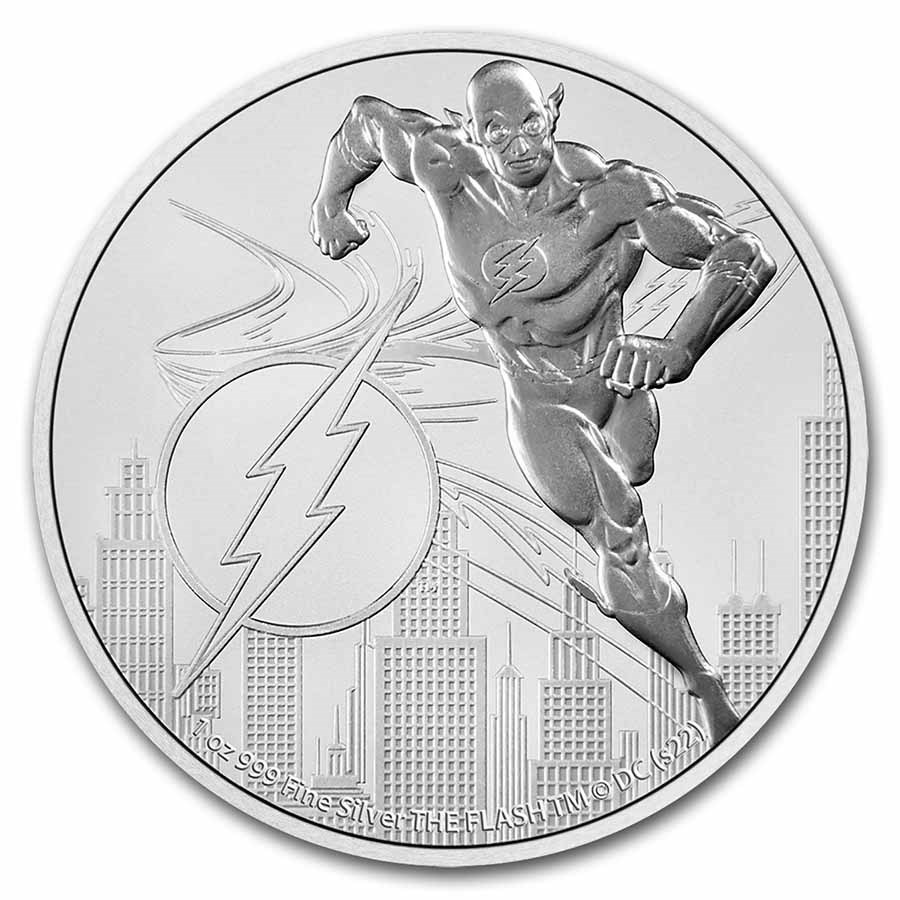 Product Details
Product Details
It's the fastest man alive! The Justice League series, exclusively at APMEX, releases its fifth coin featuring the red blur. With a mintage of only 15,000 Silver coins, these are sure to move like lightning!

Be sure to grab this highly collectible coin stamped in .999 fine Silver. These official DC Comic Justice League: The Flash coins make the perfect gift for Justice League fans, numismatists and investors alike.


DC Comics Justice League
The Justice League was a reimagining of the Justice Society of America by Gardner Fox, a writer from DC Comics. The first issue the Justice League appeared in was in March 1960 DC Comics issue 28, The Brave and the Bold. The original superhero team members were Superman, Batman, Wonder Woman, The Flash, Green Lantern, Aquaman and Martian Manhunter. Other superheroes have joined and departed since. In November of 1960, the new team got their own comic book titled "Justice League of America."

The Flash
The Flash superhero persona has actually belonged to multiple people over the years. Originally, during the Golden Age of comics, it was 1938 college student Jay Garrick who obtained the powers of super speed by inhaling heavy water vapors while on a smoking break in a laboratory. As a result of his newfound powers, he wore a red outfit with a lightning bolt on the chest and began fighting crime. The powers also came in handy to make him into a college football star!

Years later during the Silver Age of comics, Barry Allen, an assistant at the Central City Criminal and Forensic Science Division, was struck by lightning in a freak accident while in the crime lab wherein he got covered with an unknown mixture of chemicals. This electrified chemical combination gave him super speed and reaction timing. As a result, Barry Allen would go on to fight crime and call himself The Flash after his childhood hero, Jay Garrick.

Other individuals would experience similar mishaps that endowed them with the powers of The Flash, but Barry Allen would come to be the most well recognized in modern times. The Flash faces off against a unique cast of villains across multiple dimensions of the multiverse, a concept original to The Flash in DC Comics history. Commemorate the fastest man alive with these limited mintage Precious Metal coins!