Established in 1535, Casa de Moneda de México is the oldest mint in the Western hemisphere, and is responsible for the production of Mexico's coinage. Throughout this history, the Mint has produced many iconic coins that have seen widespread usage throughout the world. The 8 Real, produced in Mexico up until the turn of the 20th century, was long one of the most ubiquitous monetary units in all of international trade, and was even used commonly in American commerce before the establishment of the United States' own mint.

Since the early 1900s, Mexican coinage has been denominated in Pesos rather than the Spanish Real, but Mexico has continued to produce appealing coins. In 1921, the Mexican 50 Peso was introduced featuring a beautiful depiction of Mexico's Angel of Independence on a large Gold coin. Since then, the 50 Peso has been produced up until the 1940s as a circulating coin and restruck several times since then as a bullion piece. The design proved so popular than when Mexico introduced their modern bullion coin in the 1980s the Libertad. The design of the Libertad was initially taken directly from that of the 50 Peso. The wide variety of products from the Mexican mint offer attractive designs and a rich history. 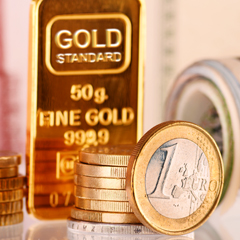 How to Buy Precious Metals on a Budget? 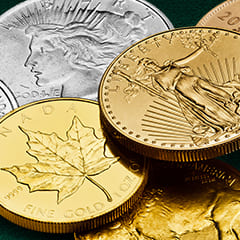