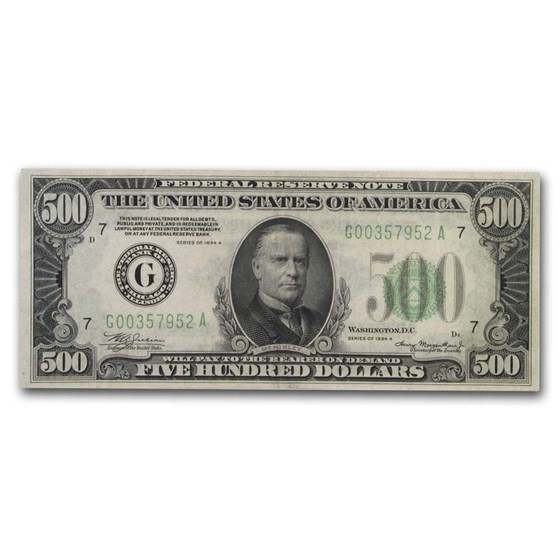 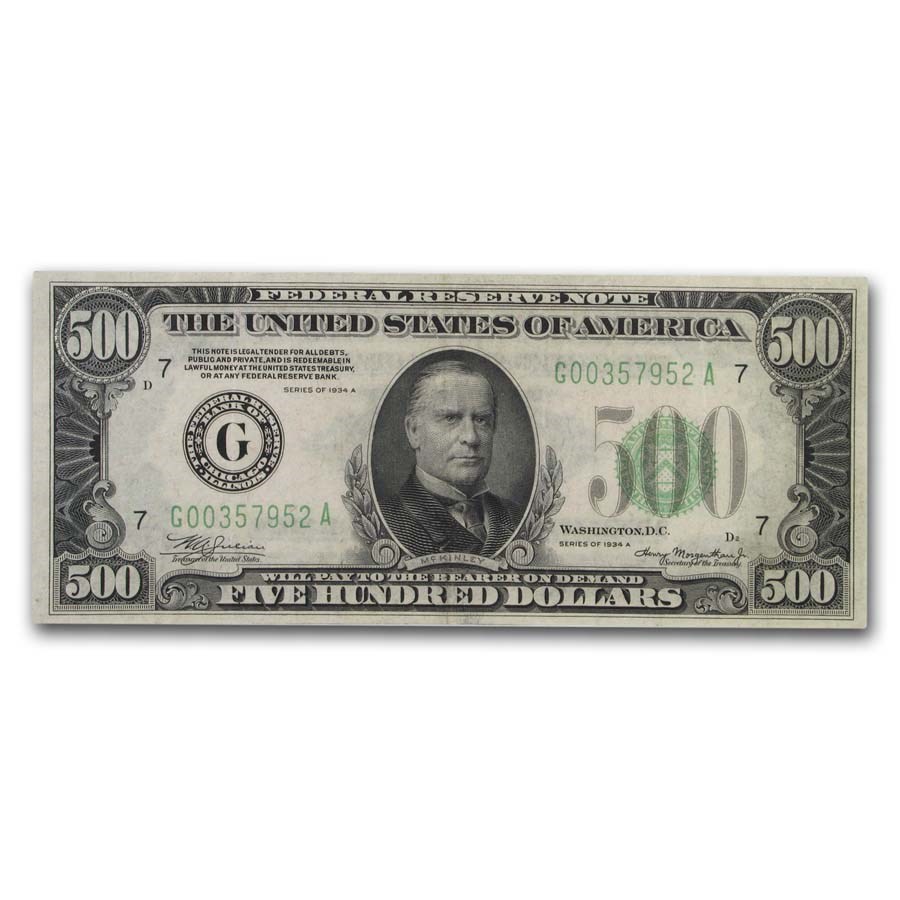 Product Details
Product Details
This Series 1934-A $500 FRN has been graded Choice Almost Uncirculated. It is from the Chicago district, and is an attractive note. These higher grade notes are in demand, and this one is priced to move.