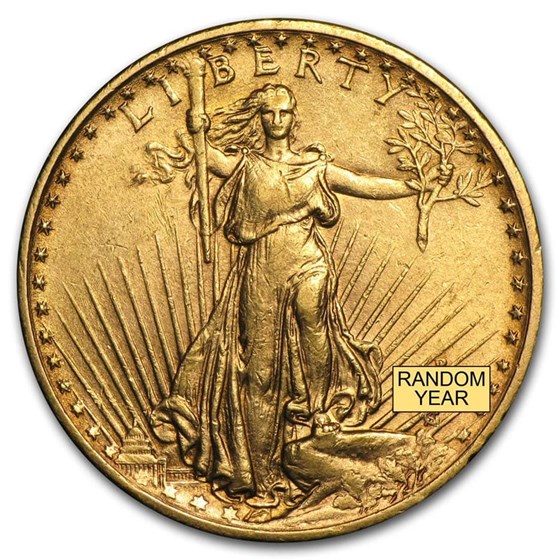 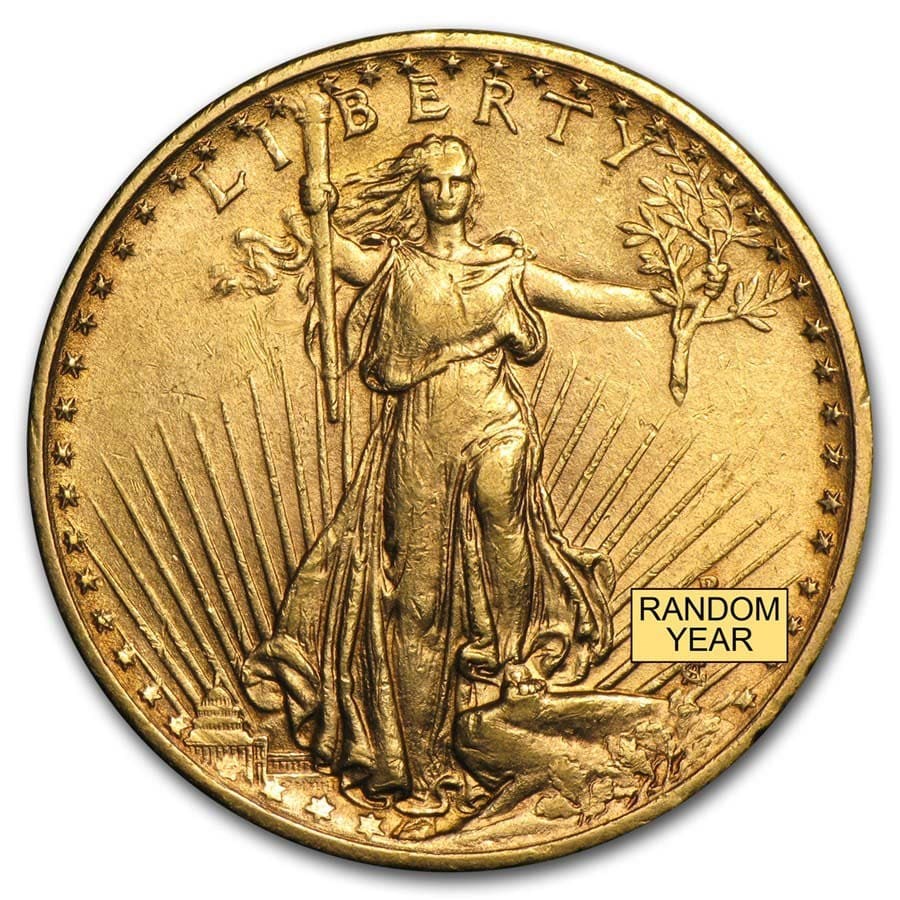 Product Details
Product Details
Recognized as part of the early 20th-century renaissance of American coinage, this vintage coin is a great investment for those who wish to hold a coin that circulated in the U.S. perhaps a century ago!

Protect your $20 Saint-Gaudens Gold Double Eagle with this clear plastic capsule or display it in style by adding an attractive presentation box or coin bezel to your order.

Pre-1933 Gold:
The U.S. Mint issued its first Gold coins in 1795. During the height of the Great Depression in 1933, President Franklin Roosevelt prohibited American citizens from holding monetary Gold. He ordered all Gold coins be returned to the U.S. Treasury, where millions were melted into Gold and then cast into Gold bars. This was an unprecedented legislative act to help fight the Great Depression. By doing so, many collectible Gold coins were affected and the course of history for monetary Gold was changed forever.

These federal government recalls and meltdowns made these previously common Gold coins very rare. Today, the surviving Pre-1933 Gold U.S. coins are fixed at an extremely limited supply. This fact has made Pre-1933 Gold coins some of the most desirable items among collectors and investors. APMEX is proud to offer a superb selection of these harder-to-find classic coins. The historical significance of these coins are vitally important and will provide diversity and significance to any investment or collection.

$20 Gold Coin Design:
Several changes were made to the $20 Saint-Gaudens Double Eagle design during the years the series was in production. The coins issued from 1907-1908 do not include the motto "In God We Trust," which wasn't added until later. In 1912, the number of stars surrounding Lady Liberty on the obverse changed from 46 to 48 when New Mexico and Arizona became states.

Collect the Gold Eagle, a Gold coin that almost did not make it into circulation.

The man who designed the Double Gold Eagle coin released in 1907, Augustus Saint-Gaudens, had a rocky relationship with the U.S. Mint that almost threatened the very existence of these remarkable Gold coins. Saint-Gaudens, designer of Gold Double Eagle coins, was first associated with the U. S. Mint in 1891 when he served on a committee judging design entries from the general public for new Silver coinage. In 1892, Saint-Gaudens, prior to designing the highly collectible Gold Eagle, had been asked to design the official medal of the World’s Columbian Exposition in Chicago, but the reverse of the coin was controversial because it featured a naked youth carrying wreaths to crown the winners, and was declared obscene, withdrawn and replaced by a design by Charles E Barber. The man behind the Saint-Gaudens Gold Double Eagle declared that he would cease his relationship with the U.S. Mint and its employees and for a decade rejected all commissions, but thankfully for U.S. coinage history, he reversed that decision at the request of President Theodore Roosevelt himself.

Buy the Gold coin that saved U.S. coinage from a state of “atrocious hideousness.”

Theodore Roosevelt did not like U.S. Mint Gold coins, even saying the Liberty Double Gold Eagle of the day and other U.S. coinage was in a state of “atrocious hideousness” and had to be redeemed and enhanced with artistry and beauty. Roosevelt was able to update Gold Eagle coins and other U.S. Mint coins, including the cent, without Congressional approval and enlisted the help of Saint-Gaudens, a personal friend and the first person who was not a U.S. Mint employee to design a U.S. coin. The President took a personal interest in the Saint-Gaudens Gold Double Eagle, suggesting that like Ancient Greek Gold coins, the new Gold Double Eagle should be in high relief, with a high rim to protect it. Little did he know, this recommendation, which Saint-Gaudens eagerly integrated, would cause numerous delays in the production of this Gold coin, so much so, that Saint-Gaudens would not live to see the completed Gold coin.

The Saint-Gaudens Gold Double Eagle is named after the designer, Augustus Saint-Gaudens, one of the most highly regarded sculptors in U.S. history. This designer of these Gold Double Eagle coins was commissioned by the U.S. Mint, at the request of Theodore Roosevelt, to redesign U.S. coinage. This collectible Gold Eagle is said to feature the most beautiful artwork of any U.S. coin. These U.S. Mint Gold coins were at first created as high relief coins, meaning the images on the Gold coin were raised higher than the outer edge of the coin, but the mint insisted on a low-relief version, as these coins would not stack properly and it often took up to 11 strikes to render the details of the design.

The Saint-Gaudens Gold Double Eagle is a must-have for any serious collector of U.S. coins. These Gold Double Eagle coins were introduced in 1907 offer classic American symbolism with a beautiful striding Lady Liberty on the observes and a soaring eagle on the reverse. These U.S. Mint Gold coins not only have numismatic or collector value; the Gold bullion coins contain .9675 ounces of Gold per coin, making them a good investment. With this vintage collectible Gold Eagle coin, you are not only holding Gold, but you are also holding a piece of American history.

Wanted to have some pre-1933 gold, and low premium for these over spot.

Beautiful designed coin have always loved this on

A Piece of History

Love the older coins Coins were in good condition

Face it . . . this is THE gold coin. Maybe not as finely finished as a new Gold Eagle, but this coin is so important that the Gold Eagle is really just a nicely dressed "copy". And the reverse side of the St. Gaudens has no rivals. Pricey, but no American collection is truly complete without one of these as the centerpiece.