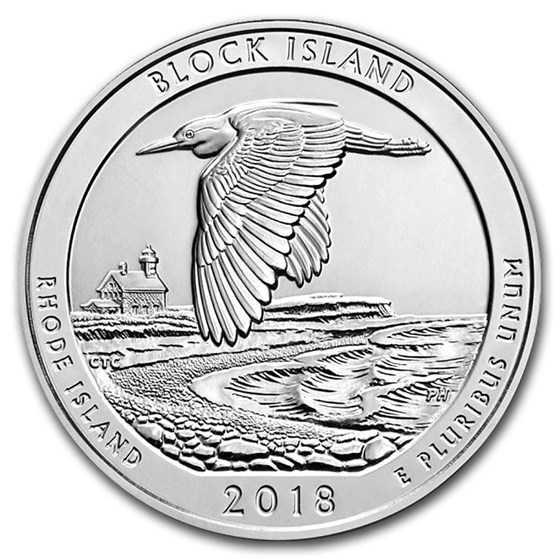 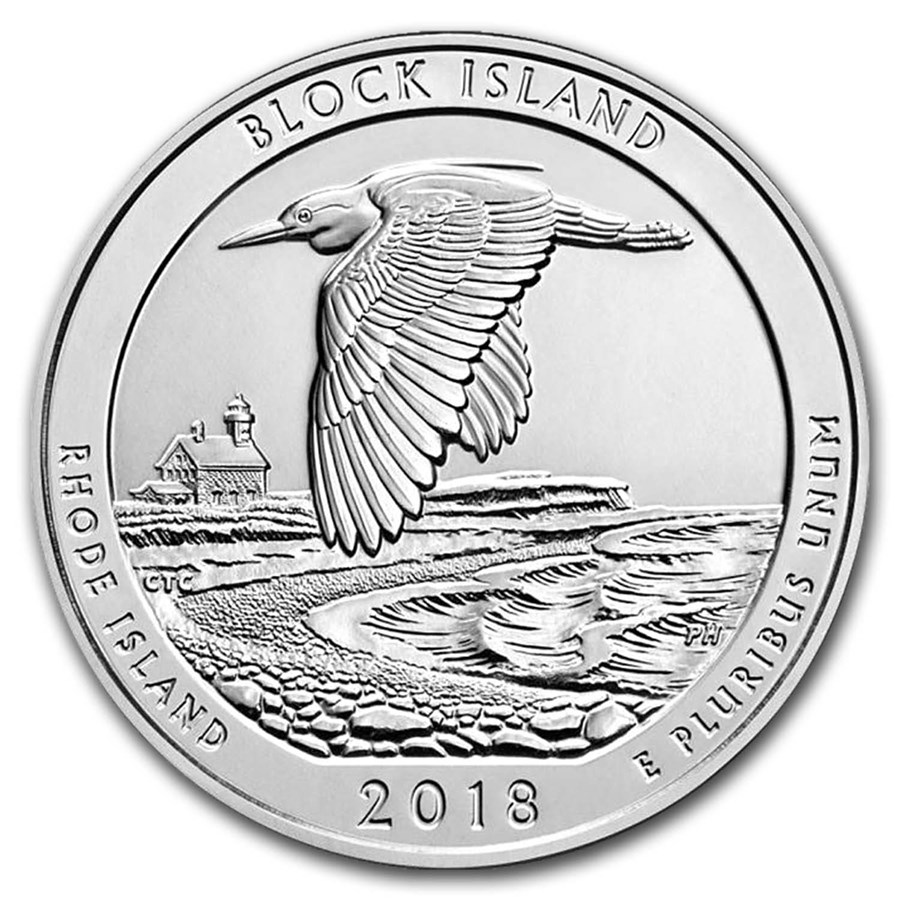 This coin commemorates Block Island National Wildlife Refuge in Rhode Island. This is the 45th release of 56 coins. These coins are sought after by investors for their .999 fine Silver content, and demanded by collectors for their artistic value.

Block Island National Wildlife Refuge, named after Dutch explorer Adriaen Block, lies 12 miles off the coast of Rhode Island on the Outer Lands coastal archipelago. The island was incorporated by Rhode Island in 1672 and today 40% of the island is dedicated to preservation with an island population of 1,000 people. There are 17 miles of beach on the island and the 134 acres of conserved lands were established as a refuge in 1973.

As recently as 2016, the U.S. Fish and Wildlife Service approved the Great Thicket National Wildlife Refuge for managing shrub land habitat for the animal life in the Northeast. Together, this land is an important area for migratory songbirds that pass by the island each fall, not surprisingly the island is a popular destination for birdwatchers.