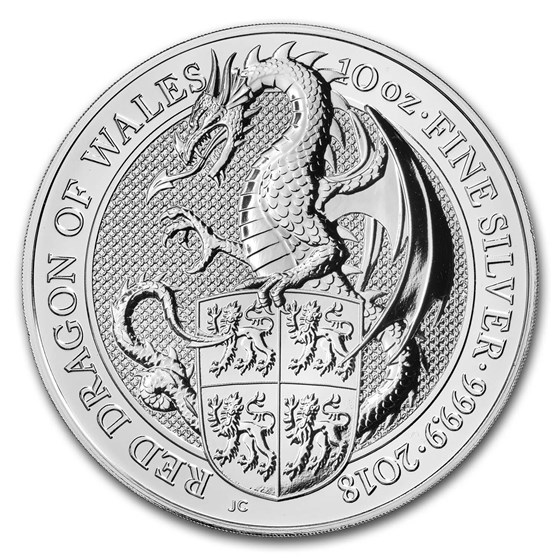 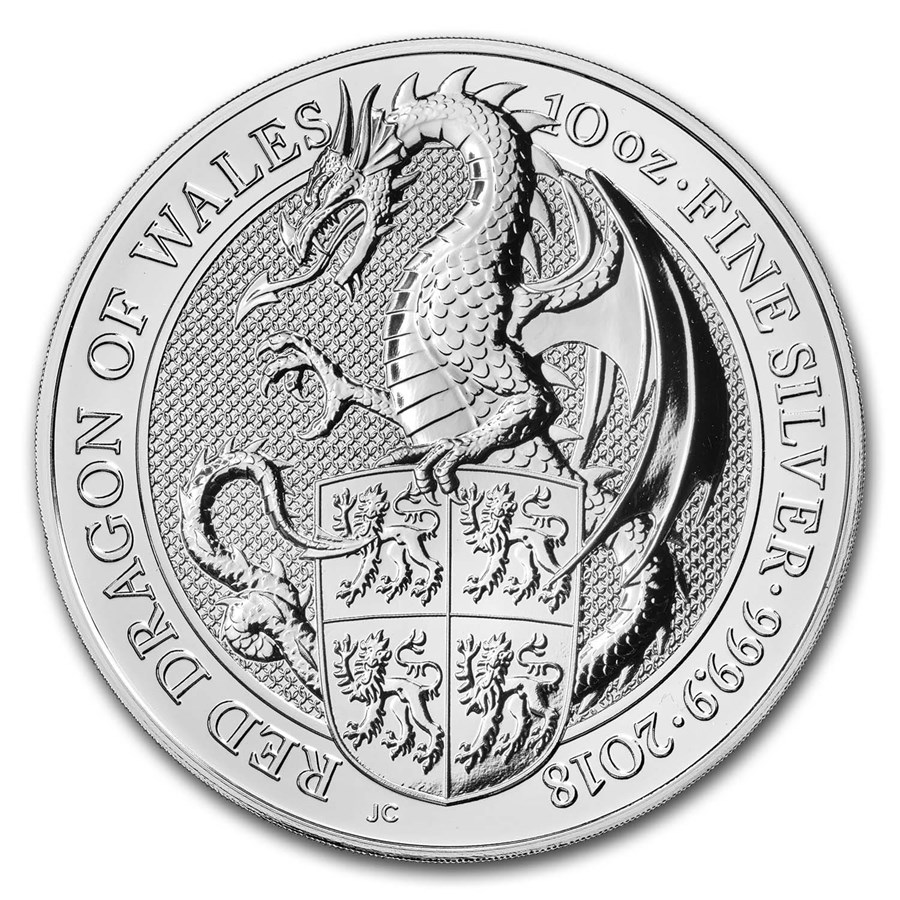 Your purchase will match the quality of the product shown.
Product Details
Product Details
Behold the mighty Red Dragon of Wales in 10 oz of Silver. The third release of the Queen's Beasts coins in 10 oz Silver, this impressive coin features .9999 fine Silver.

This design is stunning in 10ozt!

Get them while you can

I've recently become aware of the Queens Beasts series collection. I liked the shiney polished mirror like accents on the silver Brittanias. I searched APMEX and saw the 9999 silver Queens Beasts. Love at first sight! This coin is beautiful! I've bought five of the 10oz. coins currently available. The 10oz silver Queens Beasts are highly collectable. The first 3 are hard to find. I can't wait to get the last 5 in the series. APMEX is my go to dealer!!!

I will be collecting all of these beautiful 10oz. coins

One that I will continue to collect

This coin is heavy and beautiful!!! Get one, Its like artwork on silver. Simply stunning. Thanks Apmex.

these are great looking rounds, i add them to my "pirate treasure" gifts for the kids.

Apmex Has Done It Again

Apmex has done it again,very beautiful coin,I'm a very big fan of The Queen's Beasts.The package came on time and when opening the package it took my breath away.Beautiful coin no blemish.Thanks Again to the Apmex Team.You Guys Rock!!!!