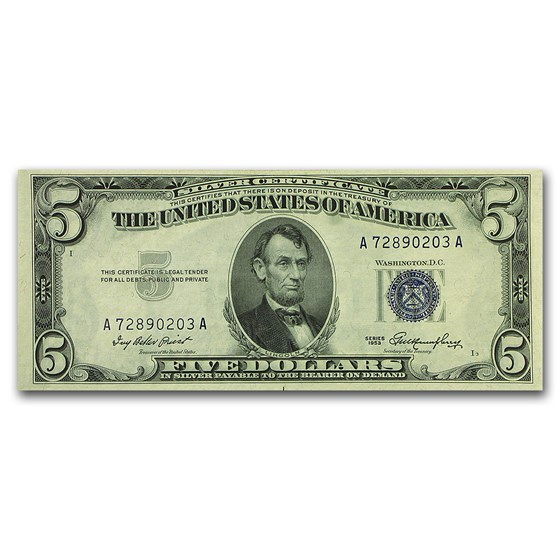 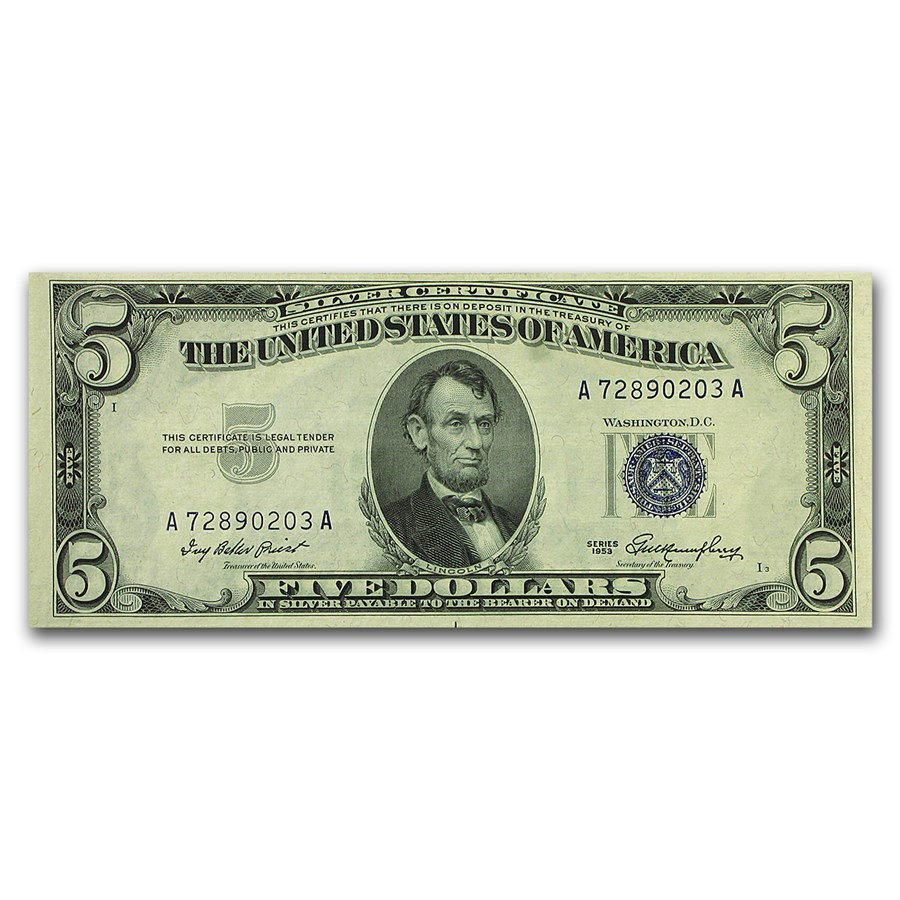 Currency Highlights:
Although they are still legal tender, their blue seals and serial numbers make them great collector items. These notes are a great part of history that can easily be added to any collection. Add some of these great conversation pieces to your cart today!

Series 1953 $5 Silver Certificates were printed in large numbers, and they saw heavy usage until the type was discontinued in the 1960's. These $5 Silvers are popular with collectors, and these will be Series 1953 through 1953-B of our choice and limited to available inventory.