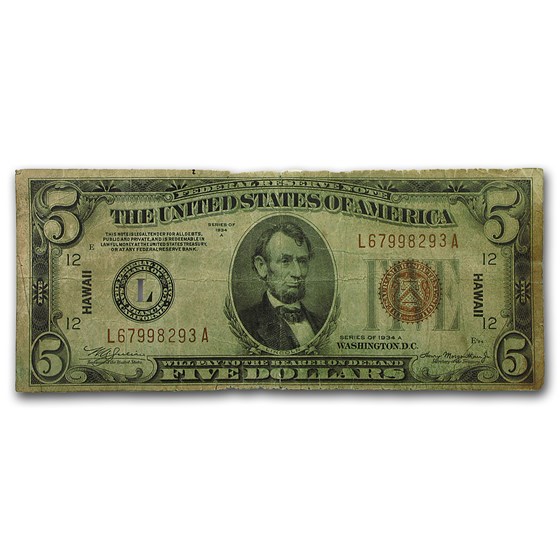 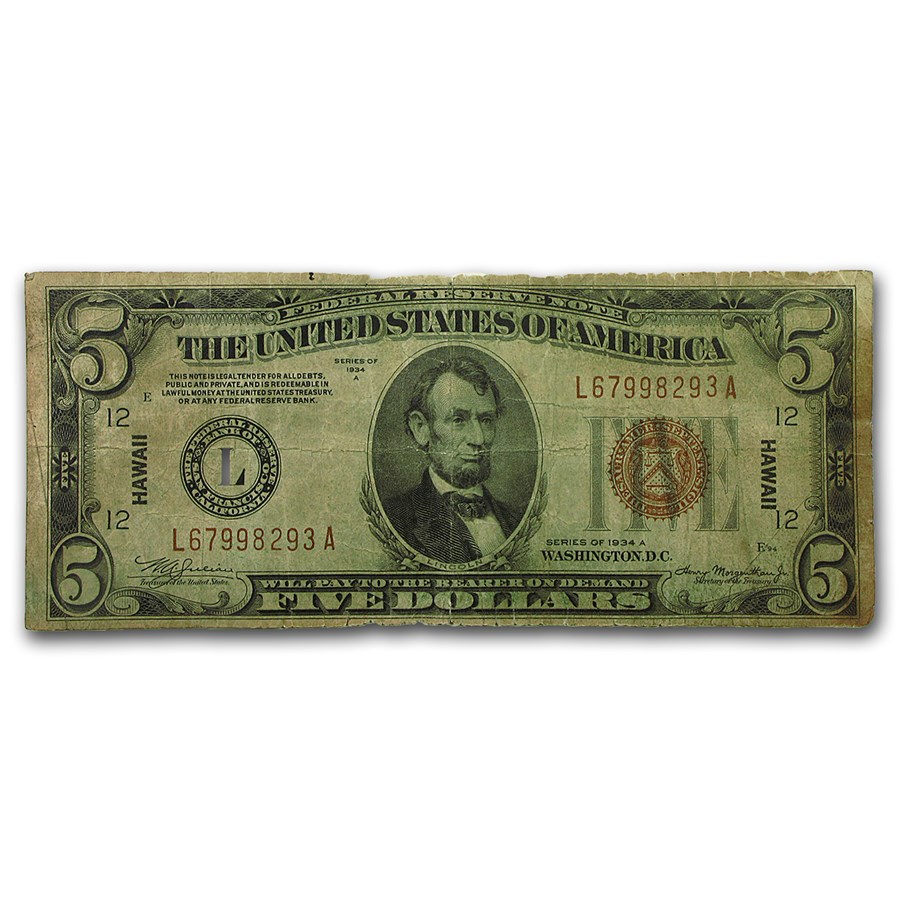 Product Details
Product Details
Series 1934-A $5.00 Federal Reserve Note with "HAWAII" overprint. These notes, with brown seals and serial numbers were issued in July of 1942, when the fear of Japanese invasion of the Hawaiian Islands was very real.

Series 1934-A $5 Federal Reserve Notes with the "Hawaii" overprint are very popular with collectors. Add some of these great collector’s items to your cart today!

Due to the very real possibility of a Japanese invasion of Hawaii and the west coast following Pearl Harbor, the Treasury Department issued these special notes. In the event of the currency falling into enemy hands, these could be rendered worthless by the government. Although many of these notes were printed during the war, they are seldom seen today. These historic notes would make great gift ideas for any currency collector.

Being an "Army Brat" as well as a Retired Army Veteran, I was fortunate enough to have spent three years of my childhood in Hawaii. While I certainly have no recollection of these during the sixties, I'm sure they were floating around. I'm pleased to have this one. Thank You, APMEX.