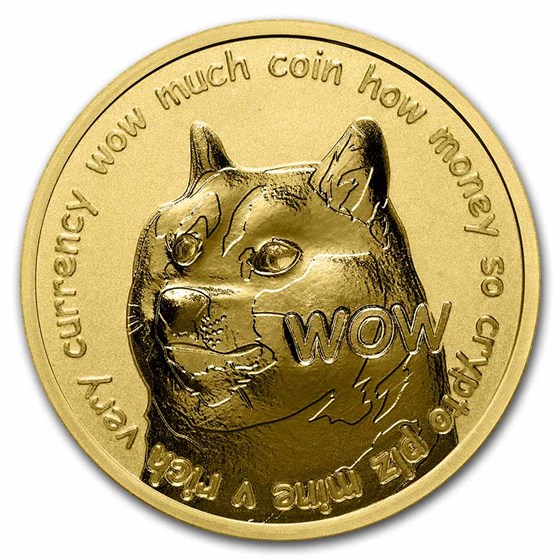 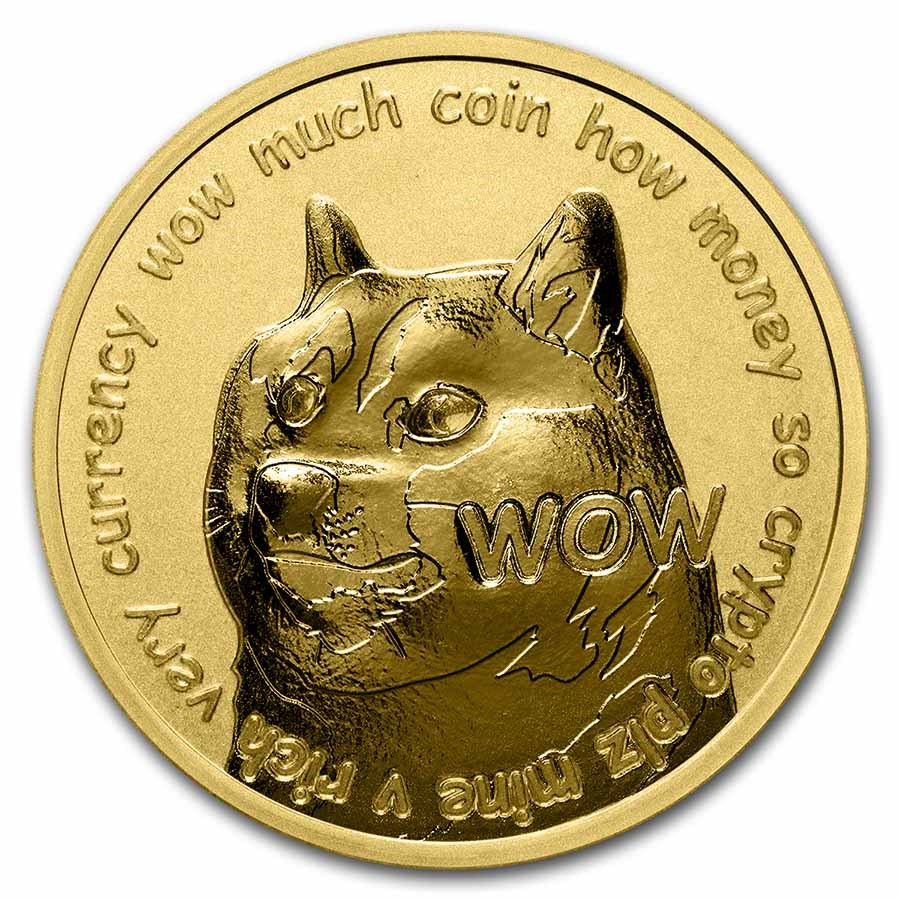 Product Details
Product Details
As low as $94.99 per round over spot
Developed in collaboration with BitPay, these .9999 fine bullion rounds are a great way to add physical Gold to your holdings with the unique and beloved cryptocurrency theme.

Round Highlights:
Protect your Gold round while handling it by adding cotton gloves to your order.

These Gold rounds can serve as an effective way to defend against inflation. Add this 1 oz Gold round to your cart today!

Dogecoin
In 2013, two coders set out to create a joke cryptocurrency coin based on a popular internet meme. The coin quickly gained a cult following as people began to view it as a viable cryptocurrency, mining and trading it up to its current market cap of over $85 billion as of August 2021. Along the way, popular figures in the business world, namely Elon Musk, have played a major role in the ascension of the coin to the forefront of popular culture.

Founded in 2011, BitPay set out to optimize the way Bitcoin, Dogecoin, and other crypto is stored and transferred. APMEX has partnered with BitPay to create this exclusive Gold round, symbolizing one of the most popular crypto coins in the market.

Exactly as described, Arrived on time. Was looking for an actual Gold Dogecoin finally found it here on Apmex. To The Moon !!!