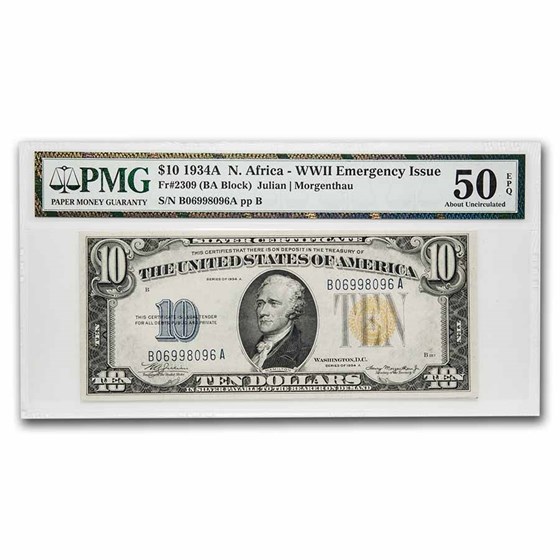 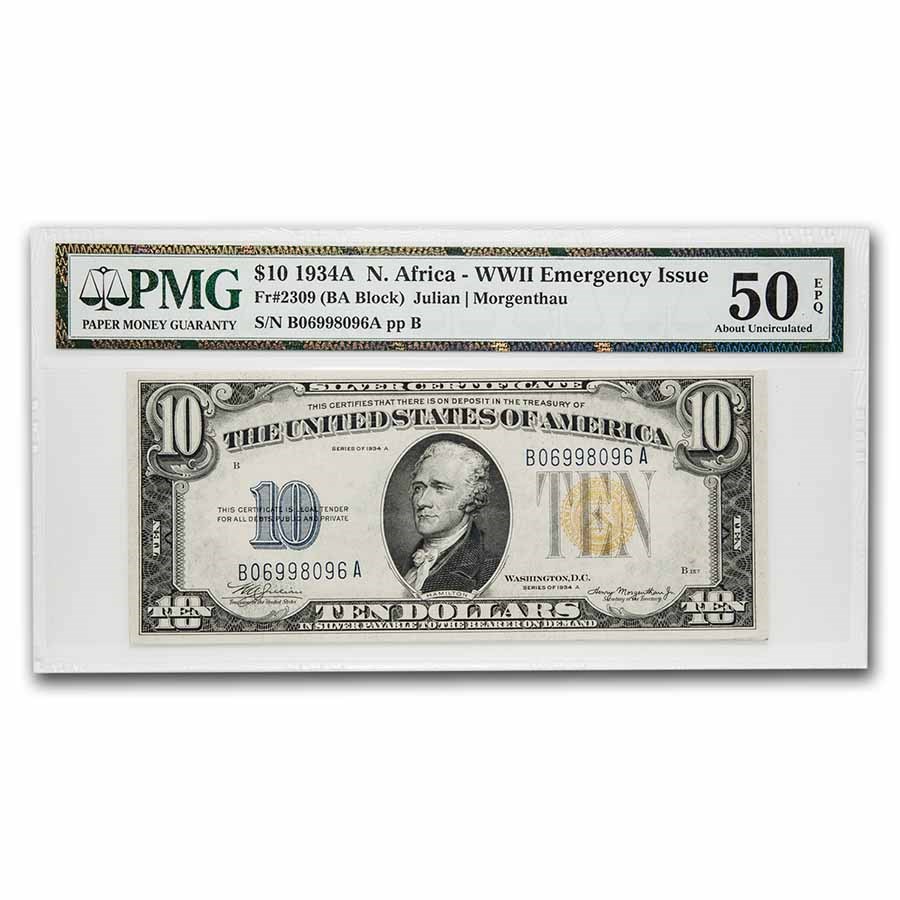 Product Details
Product Details
This series 1934-A $10 Silver Certificate features a yellow seal in place of the blue Treasury seal. These notes were issued for use with the armed forces in North Africa and Europe during WWII. This is a really nice note for a type set.

Currency Highlights:
To avoid damage from the oils in your skin, add these white cotton gloves to your order.

Although they are still legal tender, their yellow seals make them great collector’s items. These notes are a great part of history that can easily be added to any collection. Add some of these great conversation pieces to your cart today!

Silver Certificates in the $1, $5 and $10 denomination were used with the yellow Treasury seal beginning in 1942 for use by American Armed Forces in the North Africa and European Theater during World War II. This allowed any notes that were captured by enemy forces to have their legal tender status revoked by the Treasury if necessary.