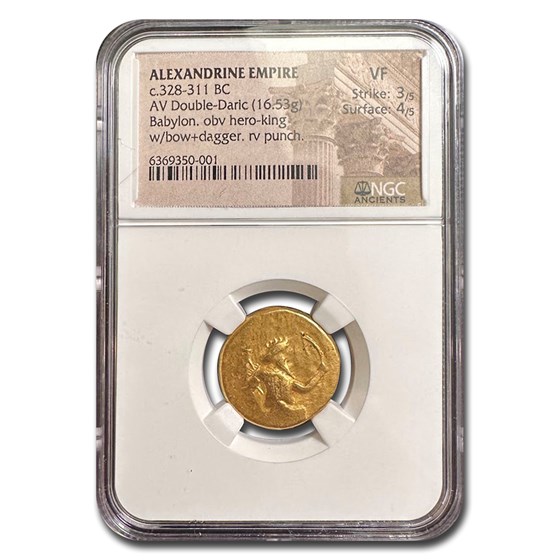 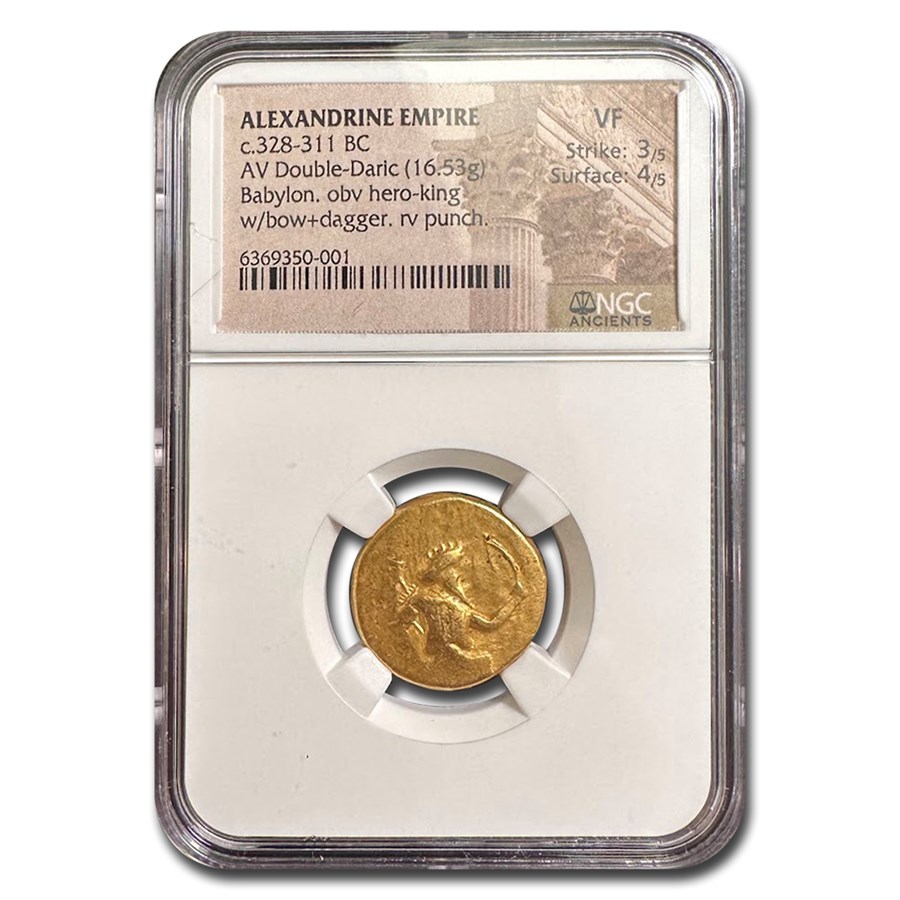 The product pictured is the exact product you will receive.
Product Details
Product Details
Babylon would be the last great conquest of Alexander the Great. These extremely rare coins would have been used to pay Alexander's troops and generals following the conquest.

This Gold Double Daric struck in Babylon is one of the true rarities of the Alexander the Great Series. Upon Alexander's invasion of central Asia, darics and Double Darics were melted down and recoined as coins of Alexander, which makes this issue quite rare.

Coin Highlights:
Protect and display your Gold Double Daric in style by adding an attractive display or gift box to your order.