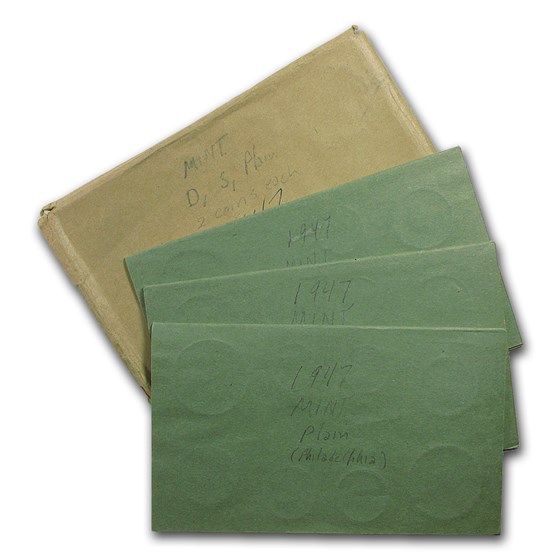 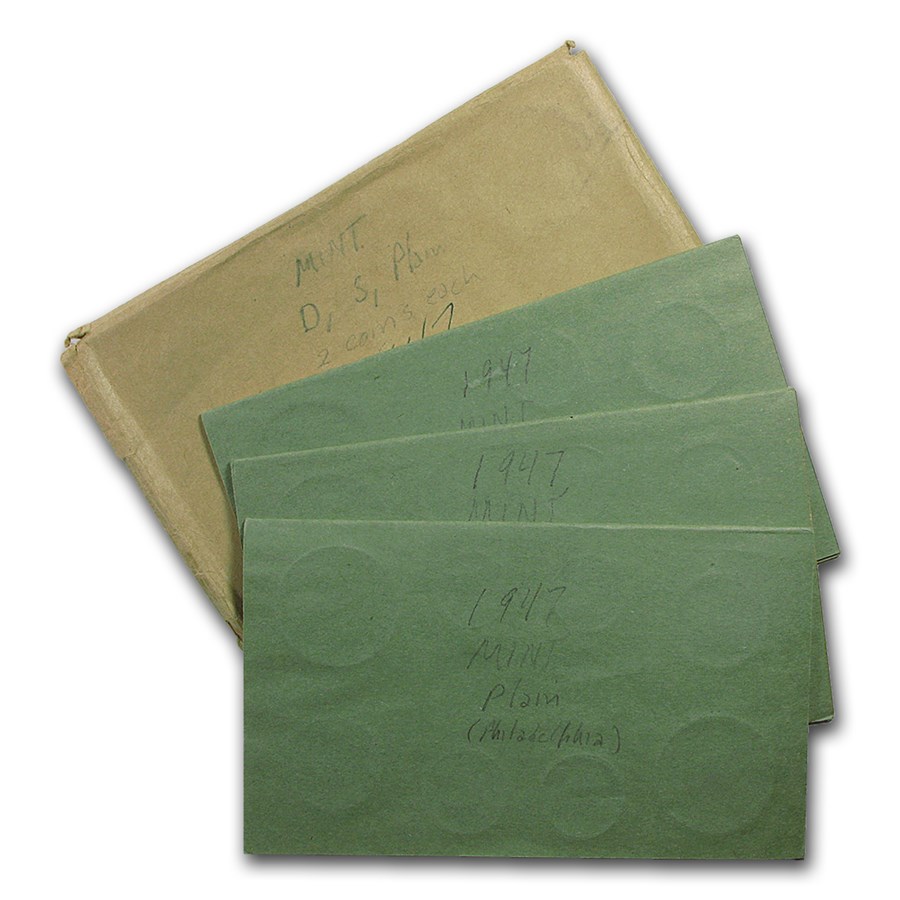 1947 marked the first release of the U.S. Double Mint Sets - and the only year in which the Walking Liberty half was found in these sets. These sets, produced to fill the void left when the U.S. stopped production of proof coinage in 1942, were designed to give collectors a way to purchase an example of each coin minted for the year.

These Double Mint Sets contain 2 examples of each coin from each mint, housed in cardboard holders with a cut-out for each coin and a paper backing. The paper used in making these holders was rich in sulfur, leading to the distinct "Mint-Set" toning found on most of these sets, including the one offered here.