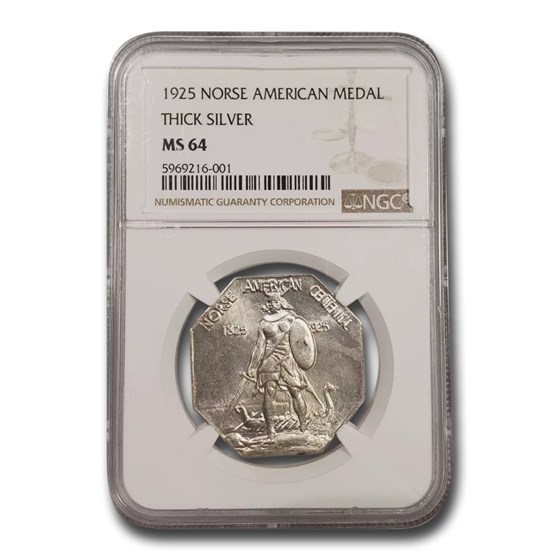 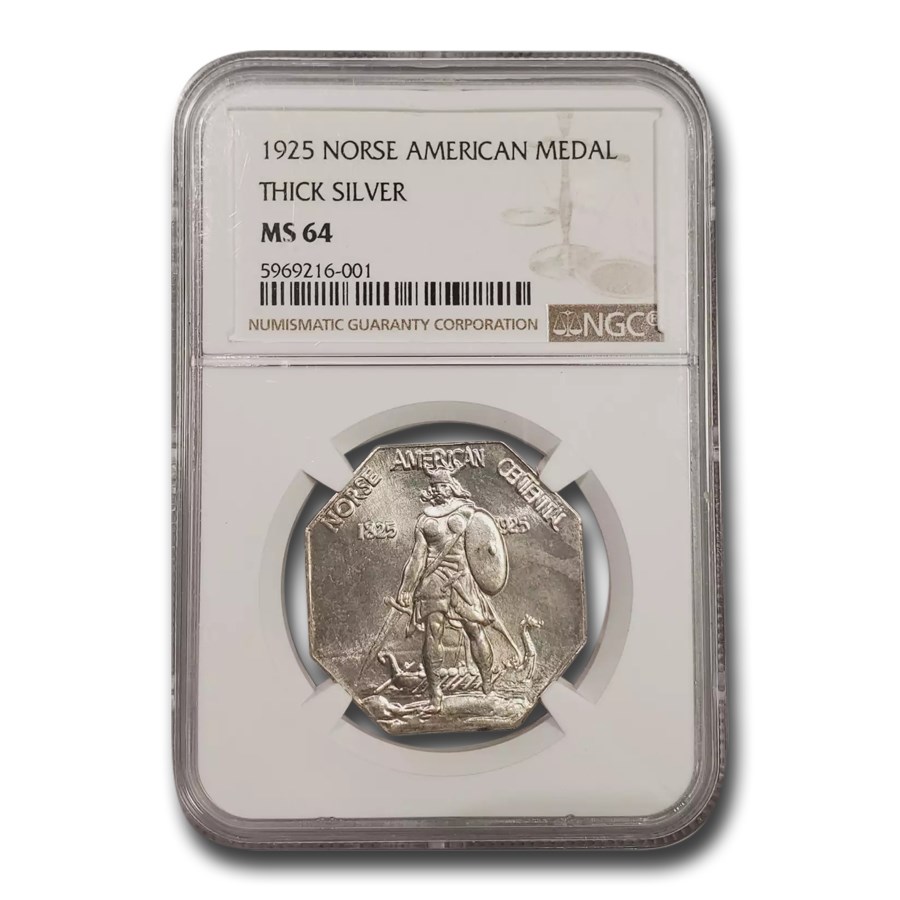 The Norse-American Centennial celebration was held in Minneapolis in 1925. It honored the arrival of Norwegian settlers in Minnesota in 1825. It was intended to be a commemorative half dollar but problems in the US Congress stopped that from happening. However, Congress did authorize an official medal and that is what was struck at the U.S. Mint in Philadelphia. The medal was designed by James Earle Fraser and is octagonal in shape and is Silver. There are two distinct varieties - Thick and Thin. There were 33,765 Thick medals struck and 6,000 Thin medals.