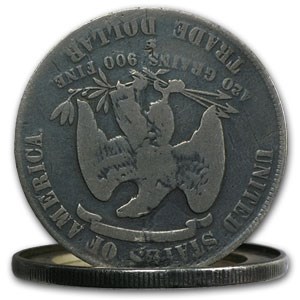 Very interesting "Opium Dollar." In the late 1800s and early 1900s, United States Trade Dollars and some Morgan Dollars were hollowed out so that they have a secret compartment. These are often called "Opium Dollars." This is a bit misleading as these were probably not used to carry opium. Trade Dollars circulated in China as a trade unit. Opium was prevalent there and China was also the place where many of the "opium dollars" were made as novelties.