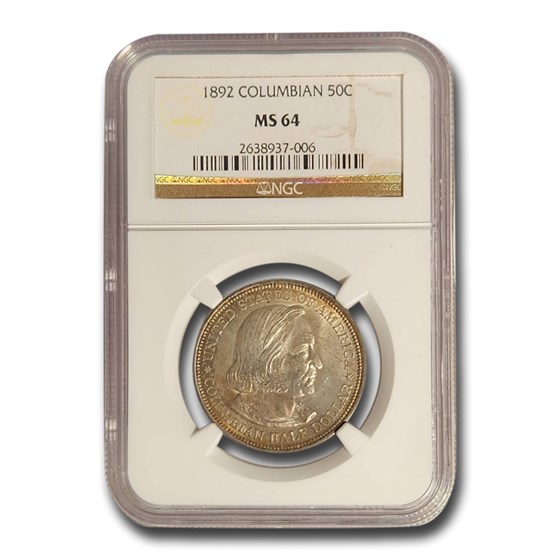 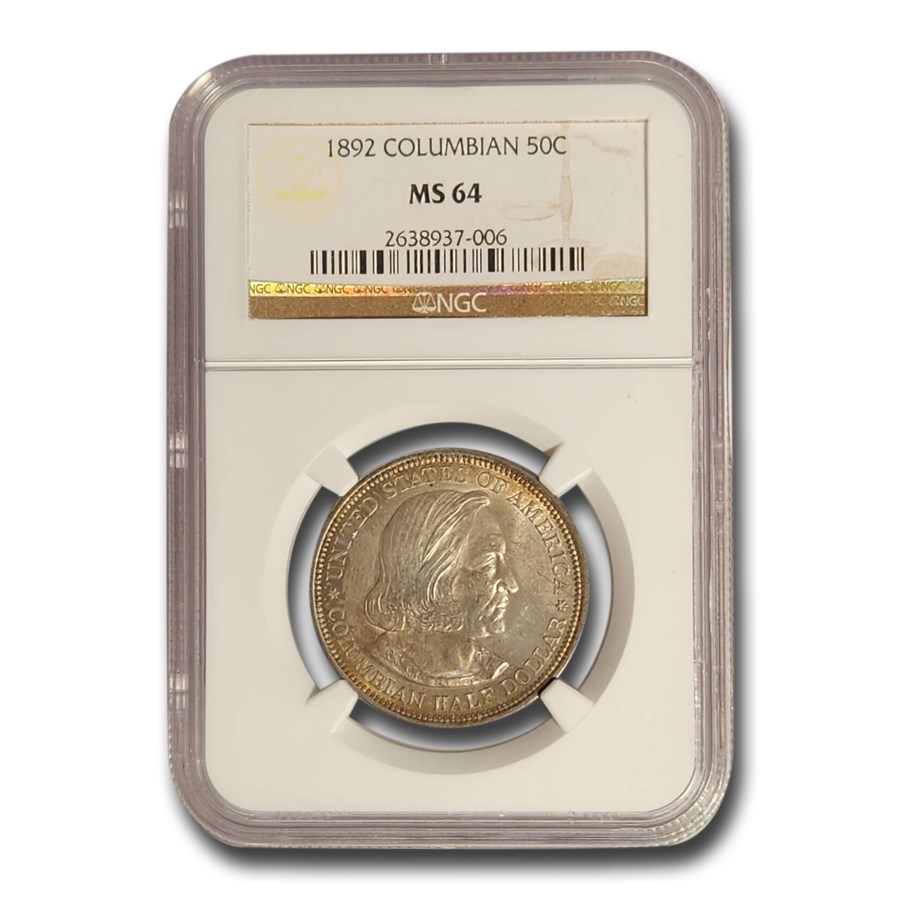 $28.62
As Low As
Product Details
Product Details
The first commemorative coins that were issued by the United States were minted for the 1892-93 World's Columbian Exposition, held in Chicago. This exposition celebrated the 400th anniversary of the Landing of Columbus in the New World.

Coin Highlights:
Protect and display your Columbian Expo Half Dollar in style by adding an attractive display or gift box to cart order.

This coin will make an excellent addition to any collection. Add this graded 1892 Columbian Expo Half Dollar to your order today!