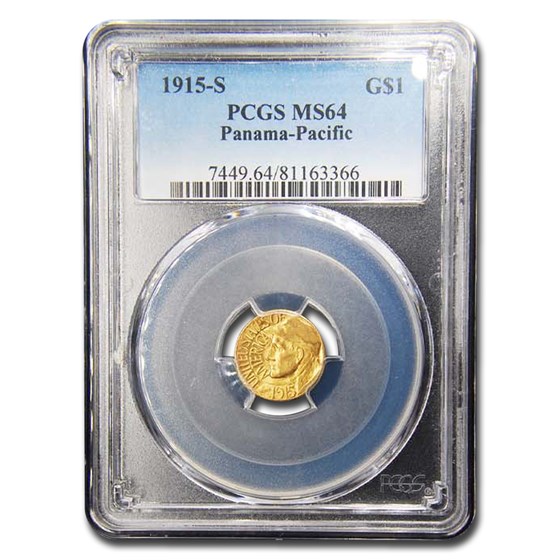 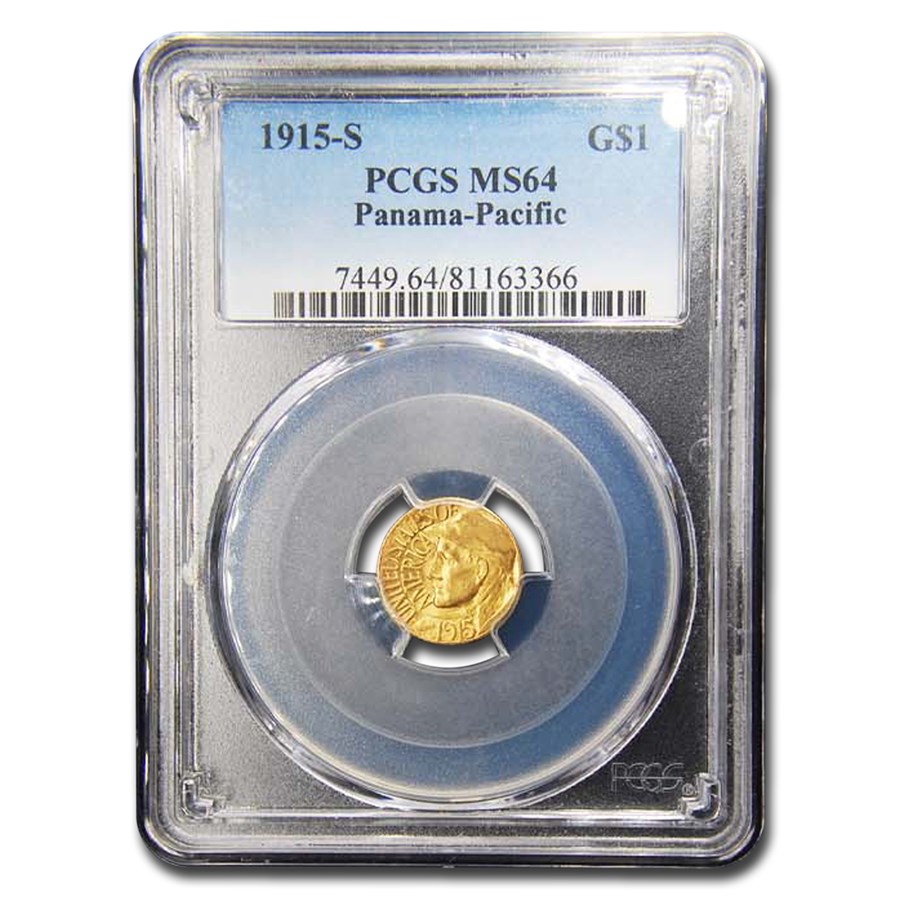 Product Details
Product Details
This 1915-S Gold $1.00 Panama-Pacific has been certified as MS-64 by PCGS, one of the top two coin grading services. This highly collectible coin is a great addition to any numismatic collection!

Panama-Pacific International Exposition commemorative coins have such an attractive design they are always in demand. The Exposition itself was set up near the Marina in San Francisco, and the colonnade at the Exploratorium still exists today. The 1915-S Panama-Pacific, or 1915-S Pan-Pac as it is affectionately known, commemorates celebrating recent events such as the rebuilding of San Francisco after the 1906 earthquake, as well as the building and opening of the Panama Canal, which was completed in 1914. Both events symbolized a rebirth of sorts for many residents of San Francisco.

This particular coin has extremely nice luster and great eye appeal. There are no distracting or mentionable blemishes to note. This coin is sure to please and attractively priced to move.