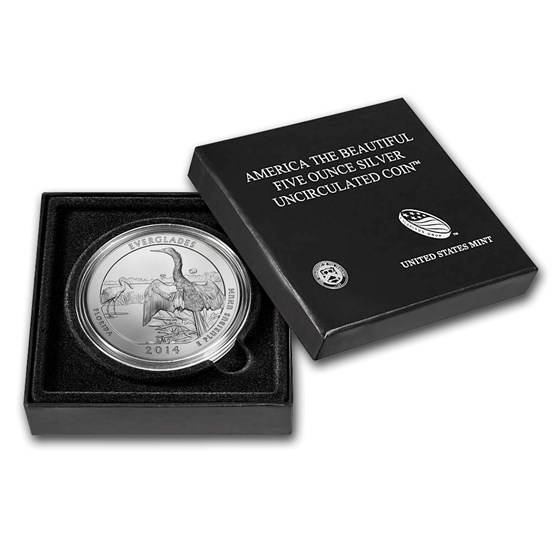 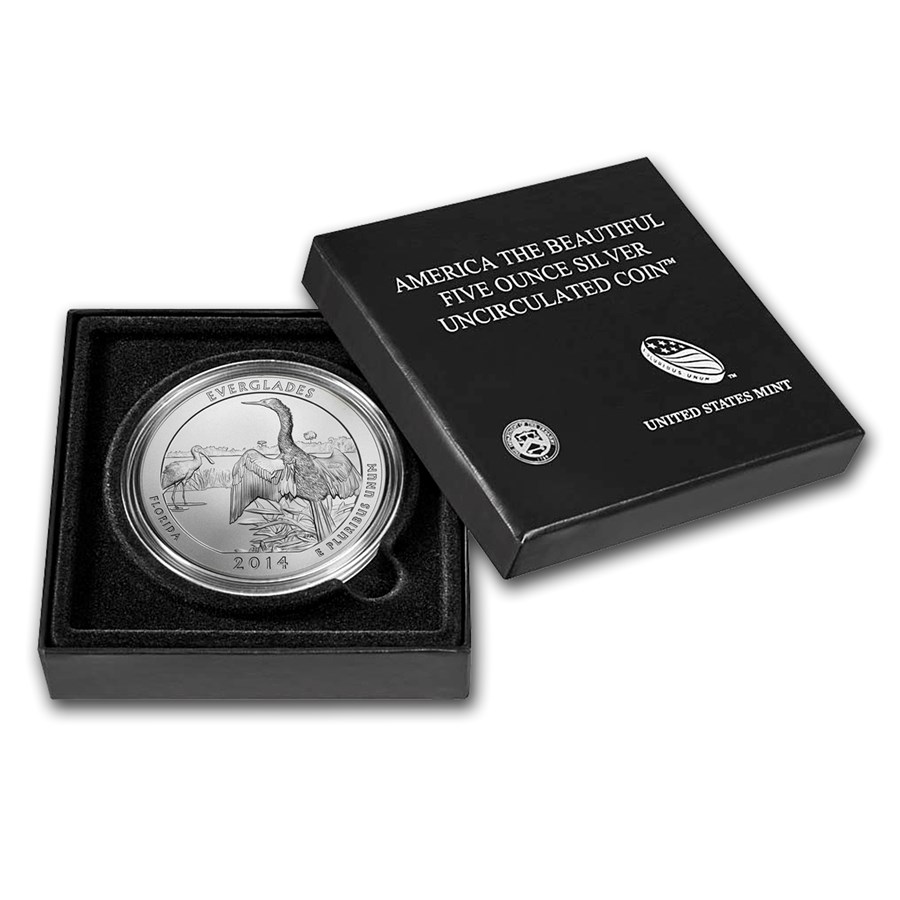 Product Details
Product Details
This fifth 2014 release in the U.S. Mint's America the Beautiful series honors the unique landscape of the Florida Everglades, the largest tropical wilderness in the United States. This issue comes in an original mint box, perfecting for giving as a gift.

The Everglades consists of 1.5 million acres of sawgrass, mangrove forests and wetlands. It is also a habitat to endangered and exotic wildlife, such as the Florida panther and the American crocodile. The Everglades is also home to a wide variety of species including small game, fish, turtles, frogs, shellfish, alligators and the Burmese python, which competes with the alligator at the top of the food chain.
Related Searches

The burnished look makes quite a nice contrast to the shiny finish. Different details of the design are more apparent, especially the incused features. The coin arrived in a protective capsule inside the US Mint case, inside the box, inside the slipcase. Everything was perfect on arrival.