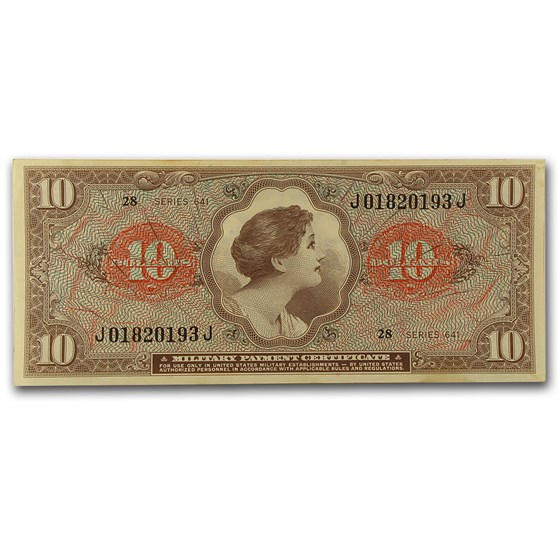 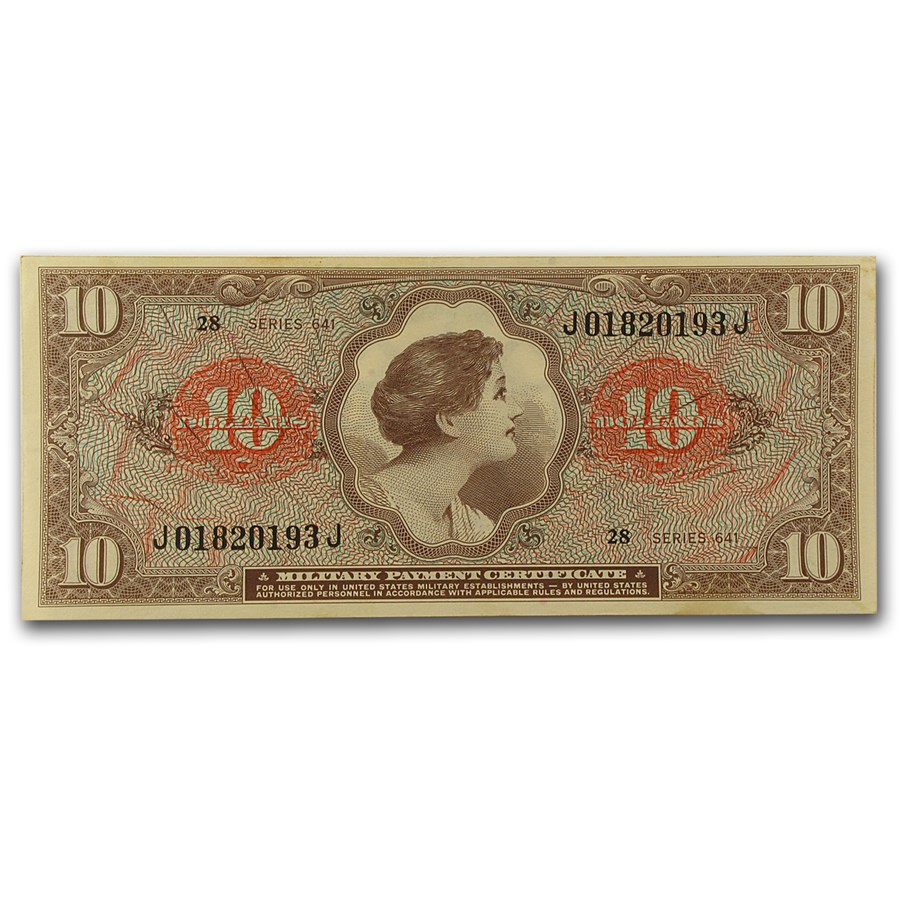 Product Details
Product Details
Military Payment Certificate Series 641. This $10 denomination is the same size as our current paper money. These were used during the Vietnam War.

Currency Highlights:
These certificates were the first series used in Vietnam from August 31, 1965, until they were withdrawn on October 21, 1968. The Series 641 Military Payment Certificates were printed by Bureau of Engraving and Printing, Washington, D.C. Add one of these great collector’s items to your cart today!