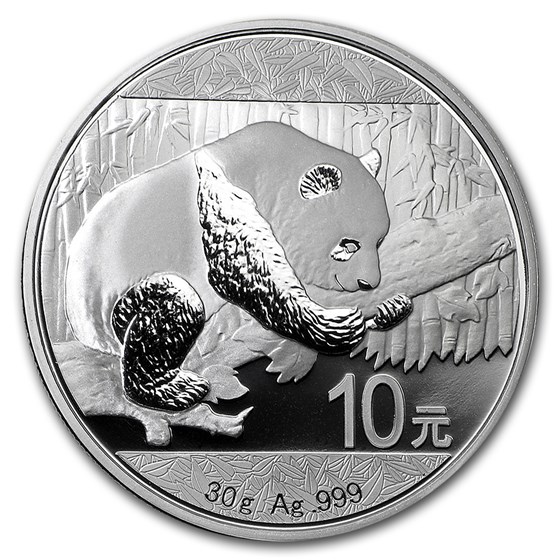 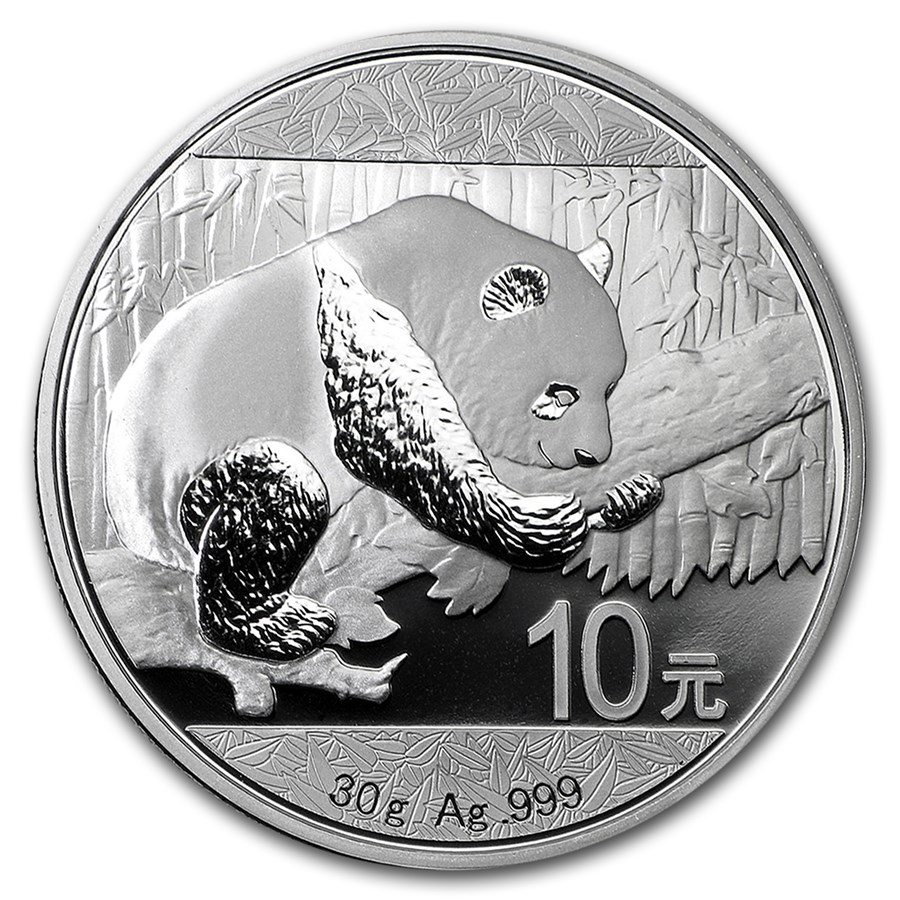 The 2016 Silver Panda is sure to be an even greater collectible, being the first year of the new weight system for this popular series. Add the 2016 30 gram Silver Chinese Panda coin to your cart today!

The People’s Republic of China issues and guarantees the quality of each Silver Panda coin. Silver Panda coins are minted from several mints each year. Those mints include but are not limited to Shenzhen, Shanghai and Shenyang. Unlike the U.S. Mint, these Chinese Mints do not incorporate mint marks to distinguish the difference between each mint. Instead, these mints are known for having minor differences in the design of the coin such as font size, bamboo length and designs of the temple in certain year’s mintages. With the annual change in design, and unique mint variations, the price of Silver Pandas has appreciated over time making them highly sought after by collectors and investors alike.

The Chinese Silver Panda is a stunning tribute to the beautiful architecture and precious wildlife the country is known for. The first Silver Pandas were minted from 1983 to 1985 and made of .900 fine Silver. After a few years of a varied production schedule with different purities, the coins were finally struck in .999 fine Silver in 1989. These Silver bullion coins are struck at various mints across China, including the Beijing Mint, the Shenzhen Mint, the Shanghai Mint and the Shenyang Mint.

panda coins are the cutest of all; apmex is great as always!

Another panda in my collection China make the great coin

I bought a couple pandas from you guys as well as other coins in the past, and every time, you guys impress me with your packaging and speed of delivery.

Great looking coin. nice they come in a capsule.

it is everything I thought it would be.