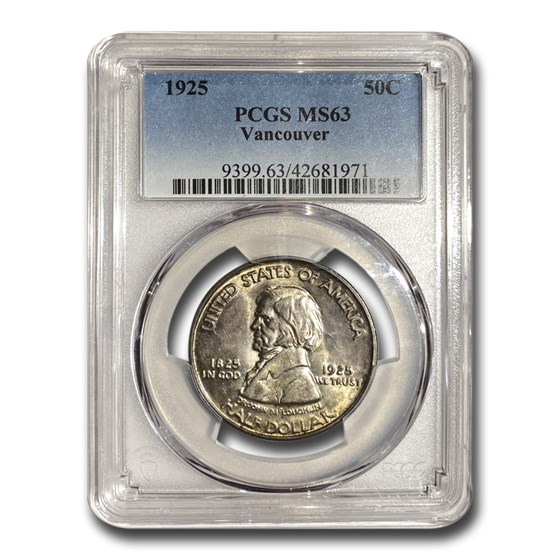 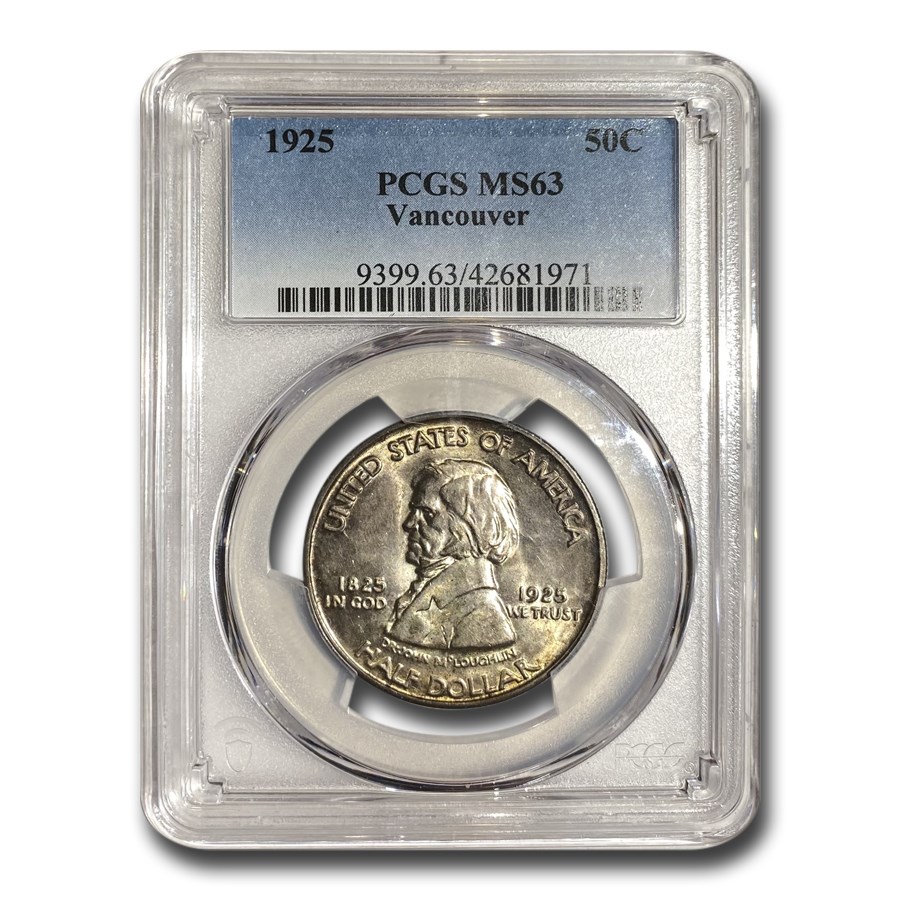 Product Details
Product Details
This coin has been graded by PCGS and awarded a high grade of MS-63. These coins were struck to commemorate John McLoughlin who built Fort Vancouver (Washington) on the Columbia River in 1825. Add this historic subject piece to your collection today.

This coin will make an excellent addition to any collection. Add this historical Half Dollar to your order today!