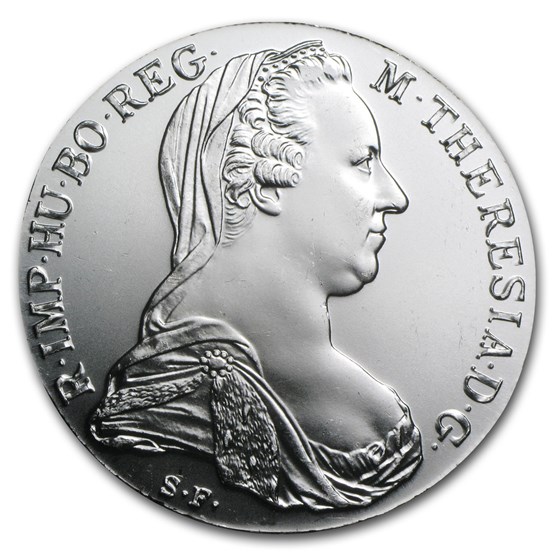 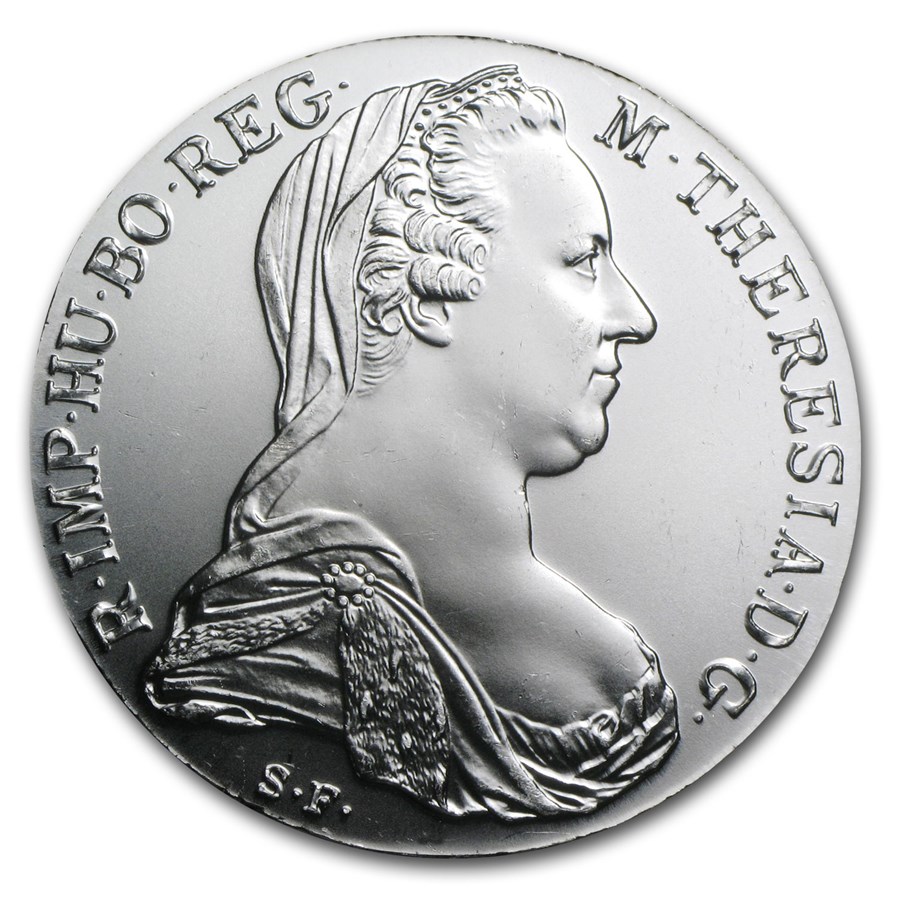 Coin Highlights:
Protect and display your Thaler in style by adding an attractive display or gift box to your order.

Maria Theresa succeeded her father, Charles VI, as ruler of the Kingdoms of Austria and Hungary in 1740. During her 40-year reign, she defended her empire successfully in the War of the Austrian Succession. The Silver Thaler was the currency of the empire and its dominions.

This coin was one of the most important trade coins in Europe, and one of the best known in the world. The Austrian Thaler and the Spanish 8 Reales were the basis for the Silver dollar which was adopted by the fledgling United States under the mint Act of 1792. In fact, the word "dollar" is derived from the German/Austrian word "Thaler".

One of my favorite coins to date. The pictures don’t do it justice. It’s such a unique coin everyone should own at least one.

Just about every coin from the Austrian Min is of quality workmanship and usually great taste in sculpture work. My Thaler came in completely tarnished but added so much beauty and value to the coin

I Like the Size of the Product and Most Important This it is a Historical Piece.

This came today in very good condition. its beautiful, and although it is a restrike, feels like youre holding history.

Nice coins 1was toned and 4 looked new will buy more

Nice hefty coin. one coin was toned but still a nice piece.

Decent product. Wish that this was offered in a BU condition only rather than AU/BU

A piece of History

BU with a slight bit of yellowing around the edge, good price.

Great piece of an older era - with modern feel.

I have a hard time figuring out if this is "bullion" or a "coin" based on the quality of it. I realize it is a restrike, but i love the historical significance of this coin. It almost grows on you the more you look at it. I will have to get some more of these and place in a little "pirate chest" to display them. They just have that feel about them. Exceptional coin.