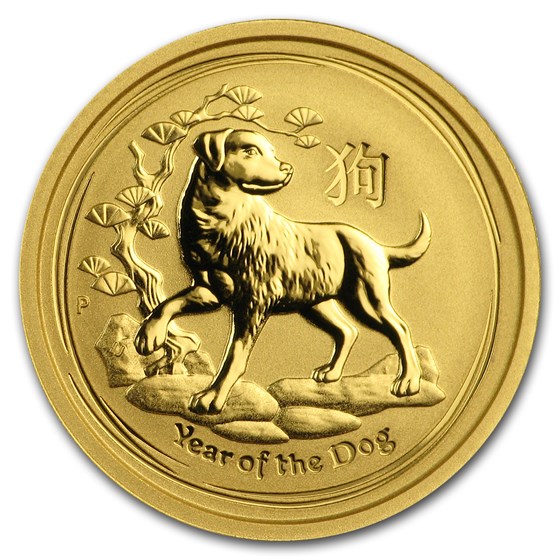 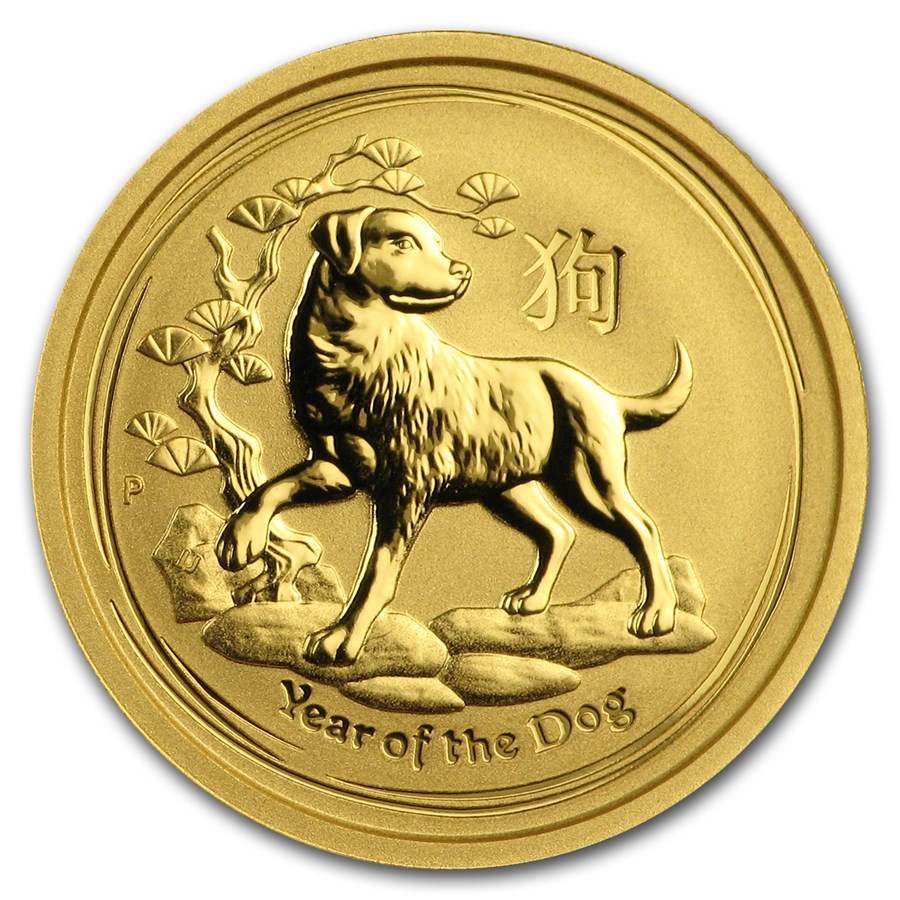 Product Details
Product Details
The eleventh animal of the Chinese zodiac is celebrated in 2018 with the Year of the Dog. These magnificent 1/10 oz Gold coins feature a Labrador Retriever on the reverse to commemorate the event.

Coin Highlights:
Protect and display your Gold Lunar Year of the Dog in style by adding an attractive presentation box to your order.

APMEX is an authorized distributor of Perth Mint products, allowing APMEX to get coins directly from the Perth Mint and pass them along to you. Add some of these Brilliant Uncirculated 1/10 oz Gold Lunar Year of the Dog coins to your cart today!

Perth Mint's Australian Lunar Series II collection epitomizes the rich tradition of minting spectacular bullion coins by portraying animal themes from the Chinese Lunar calendar. The reverse design changes each year based on the Chinese lunar calendar, and the 2018 reverse celebrates the Year of the Dog. The birth dates for people born in the Lunar Year of the Dog include 1922, 1934, 1946, 1958, 1970, 1982, 1994, 2006 and 2018. Those born in these years are said to be loyal, amiable kind and friendly.

Known for their quality and collectibility, the Perth Mint Lunar series is a cornerstone of many Precious Metals portfolios. The original Lunar bullion series, these coins (beginning with the Series I launch in 1996) have become some of the most widely collected around the globe, as demand originated in Asia but spread to Europe and America as investors became exposed to the design and quality. In addition to the annual design change, many investors love that the coins' select mintage limits create the potential for even greater investment return in the form of a numismatic premium appreciation. This series is so popular, the 1 oz Gold and Silver Lunars are now instant sell-outs every year!
The 2018 Gold Lunar coin celebrates the eleventh animal in the 12-year cycle of the Chinese zodiac.