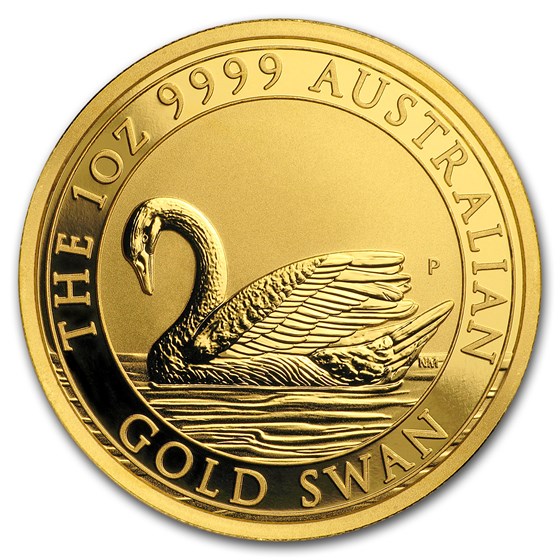 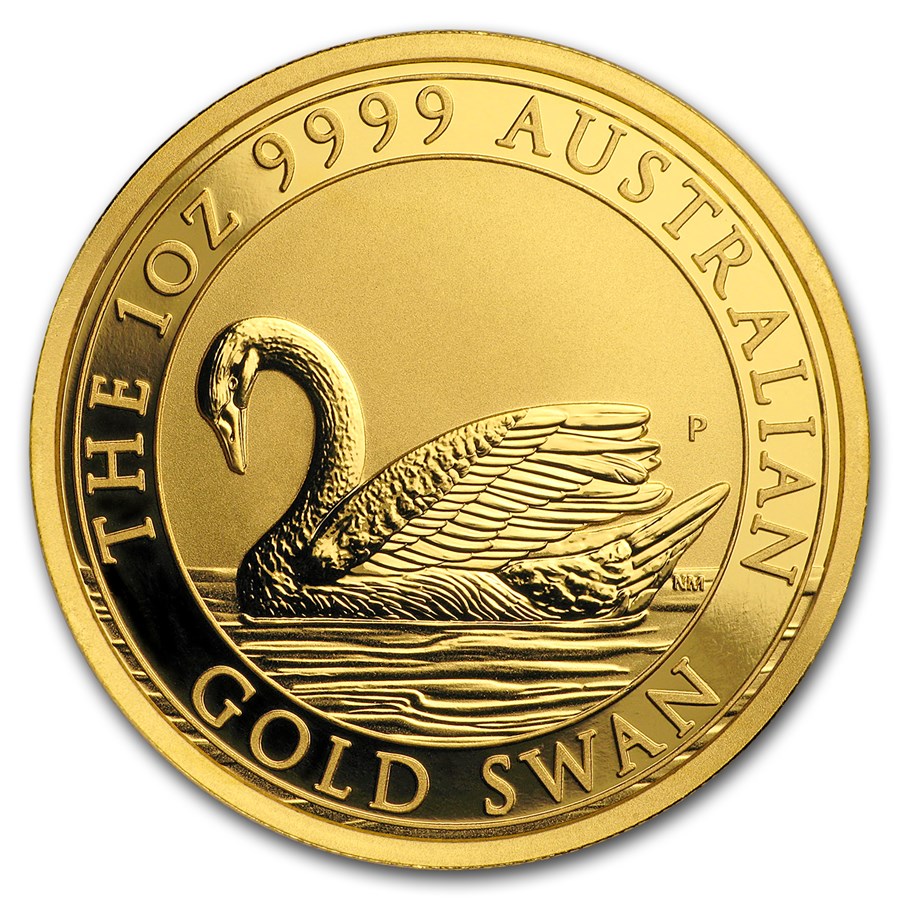 Product Details
Product Details
Now available in Gold! The regal silhouette of the swan is perfectly paired with luminous Gold for a design that is sure to impress.

The very first of its kind, this coin is expected to be an annual series of 1 oz limited mintage Gold Swan bullion coins with designs varying each year, much like the heralded Kangaroo coin series from Perth. Learn about the entire Perth Swan Series today.

This swan is so lifelike that it appears to be ready to take flight off the coin itself. Add this spectacular 2017 1 oz Gold Swan coin to your cart today!

This first of its kind, this regal Gold Swan builds on the success of the 2017 Silver Swan BU coin that sold out worldwide in two days!

Posted By:A gold bug I am not

I'll be collecting this series

A beautiful Gold Swan! I hope Perth continues this series!!! Just a beautiful coin!!! Comes in a protective capsule and in a plastic bag. I bought some 3X4 velour bags to protect my coins further! Nicely and discretely shipped. Kudos AMPEX! I'll be back!

The Perth Mint has another winner. This is a simple but elegant design that looks fantastic in hand. A rather low mintage is icing on the cake. Great purchasing experience from APMEX as usual.

What a stunning coin! hope to get a few more before they are gone.

This is an amazing coin! Love the look and low mintage. Best coin I own now.

I have Zero complaints against this coin. Perth Mint is beautiful and leaves no room for complaints. Being the first Gold Swan in its series I am proud to own this piece. I feel that this will appreciate with time as the collection continues!

Simply beautiful coin, exactly as pictured. High quality as to be expected from the Perth Mint. Coin arrived within capsule in labeled, sealed APMEX plastic baggie.

A beautiful and elegant looking coin. I collect a lot of animal-themed coins, but this is definitely one of my favorites. The design and detail makes this one of Perth's finest coins.

Got the silver swan and proof swan. This was a have to have for me. Awesome coin!

Just got my gold swan. What else do you expect from the Perth Mint, but perfection? Comes in a capsule. A work of art, that I was happy to trade some green paper for.