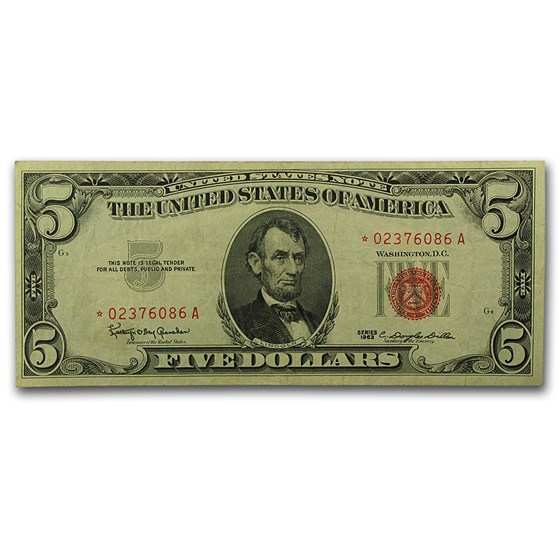 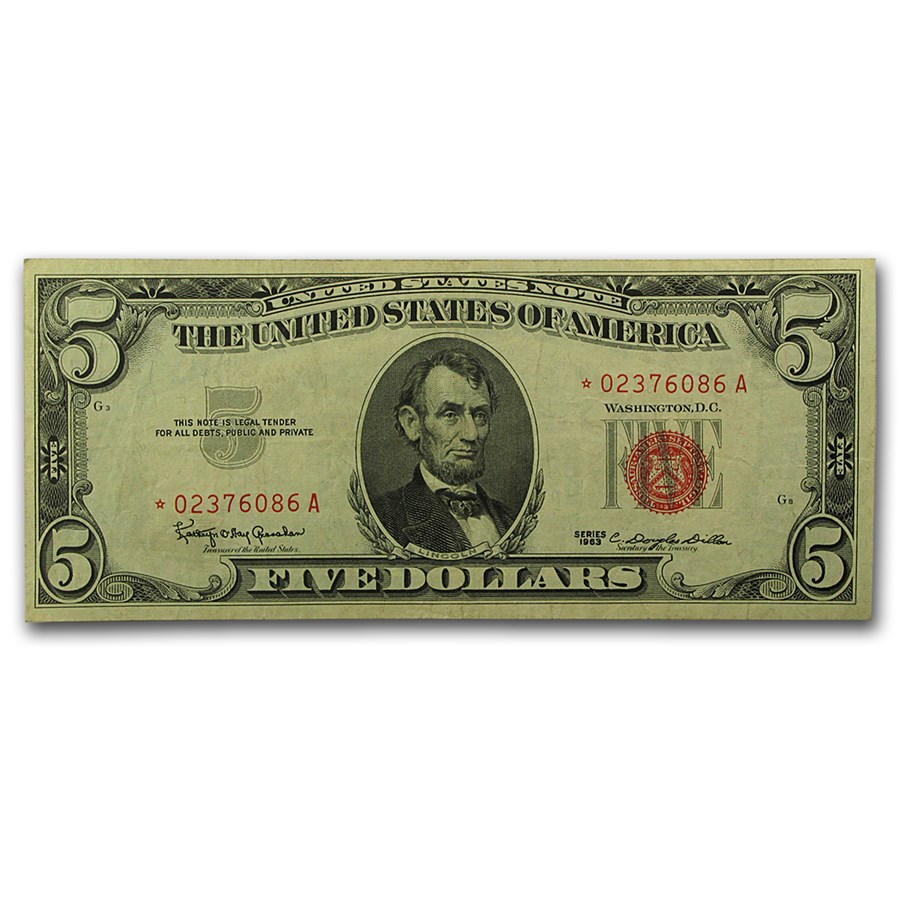 Currency Highlights: These notes are a great part of history that can be added to any collection. Add some of these great conversation pieces to your cart today!

United States Notes were adopted for circulation during the Civil War in 1862 in denominations from One through One Thousand Dollars. The $5 denomination remained when we switched over to small size notes in 1928 and continued until the early 1960's when this type was discontinued. STAR NOTES are printed by the Bureau of Engraving & Printing to replace notes that had errors in production. Less than 4 million STAR NOTES were printed of this series which is only about 5% of total production, making these highly sought after by collectors! Although they are still legal tender, their red seals and serial numbers make them great collector items.

Series 1963 $5 United States Notes were the last of this type in this denomination to be printed, and they saw heavy usage and routinely appeared in circulation well into the 1970's. These notes are in Extra Fine condition.