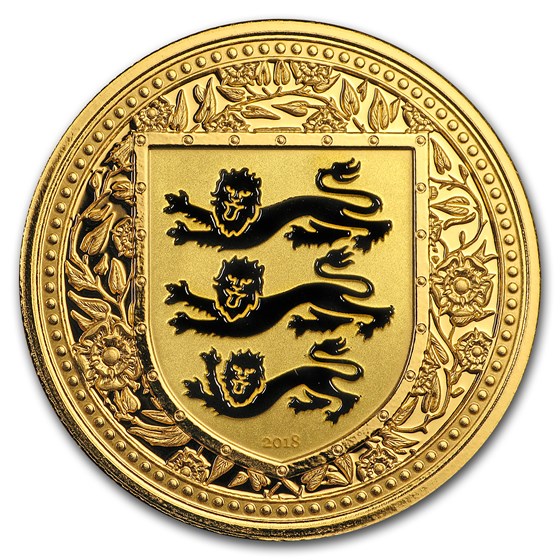 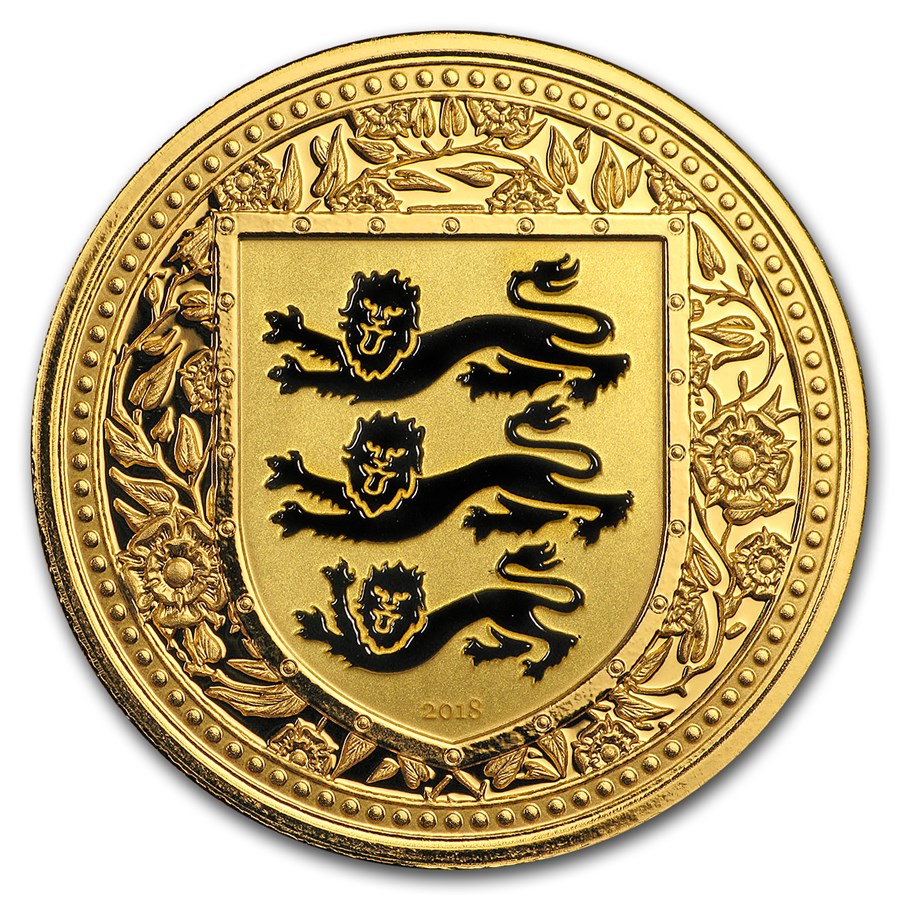 $1,981.39 $1,991.39
As Low As
Product Details
Product Details
One more back in stock! Featuring the Plantagenet King Richard the Lionheart official Royal Arms of England design, these coins are part of the first release of a new anticipated annual program which serves as a nod to Britain's rich heraldic history.

Collect all coins in the series and own a piece of British history! Add this 1 oz Gold Gibraltar Royal Arms of England colorized proof coin to your cart today!

I used to think a colorized "primo specimen" was a bit gimmicky. This is not gimmicky! It is an ultra-low mintage and superbly fine- detailed gorgeous specimen. Absolutely impeccable floral details. The 2018 Black Lions is my first colorized high-end. It really is superb and not gaudy! I am impressed again (as usual) with APMEX pricing, and especially fine delivery record. 50 for 50 so far!