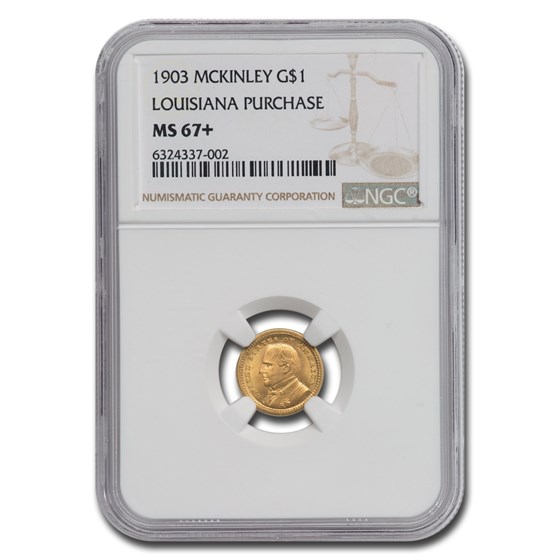 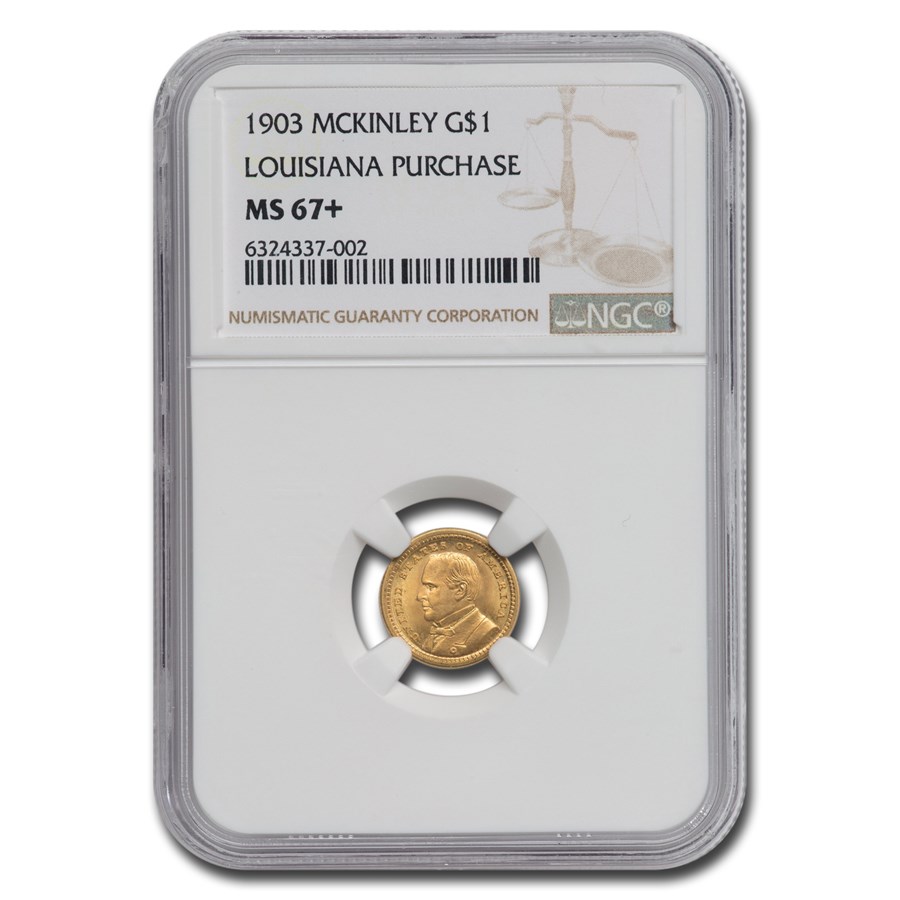 The product pictured is the exact product you will receive.
Product Details
Product Details
Only $2,589.00 per coin
This 1903 Gold $1.00 McKinley celebrates the 100th anniversary of the Louisiana Purchase and has been certified as MS-67+ by NGC, one of the top coin grading services. This coin has a population of only 16 coins!


Securely store your Gold Louisiana Purchase McKinley coin in an NGC Slab Storage Box, made to fit up to 20 NGC graded coins.

Celebrate a piece of U.S. history by adding this Gold $1.00 Louisiana Purchase McKinley graded MS-67+ by NGC to your cart today!

MS-67+ NGC 1903 Gold $1.00 Louisiana Purchase McKinley
The Louisiana Purchase was the purchase of the territory of the French Empire from France by the United States from the President of France, Napoleon Bonaparte. Before this, the land had been under Spanish control for a short time. The Louisiana Purchase occurred in 1803, but there is no exact date - only a few possibilities: April 30th, 1803, November 1st, 1803, and December 20th, 1803 being among the most popular possibilities. No one knows exactly which day it happened because there were multiple treaties signed on different days and times while these transactions all took place over a span of about eleven weeks early 1803. The Gold $1 McKinley Louisiana Purchase coin was later minted to celebrate the 100th anniversary of this major historic event.