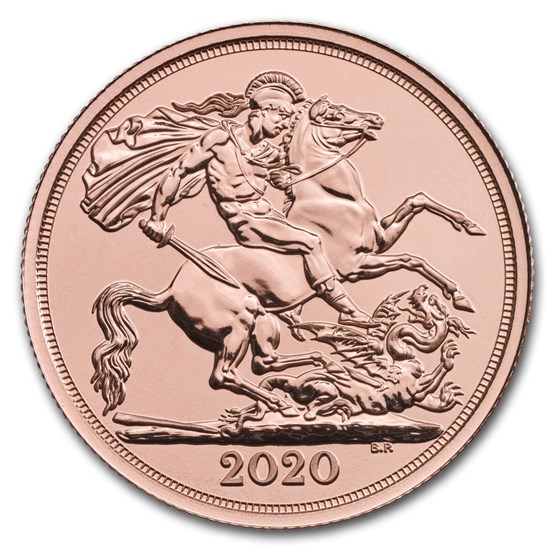 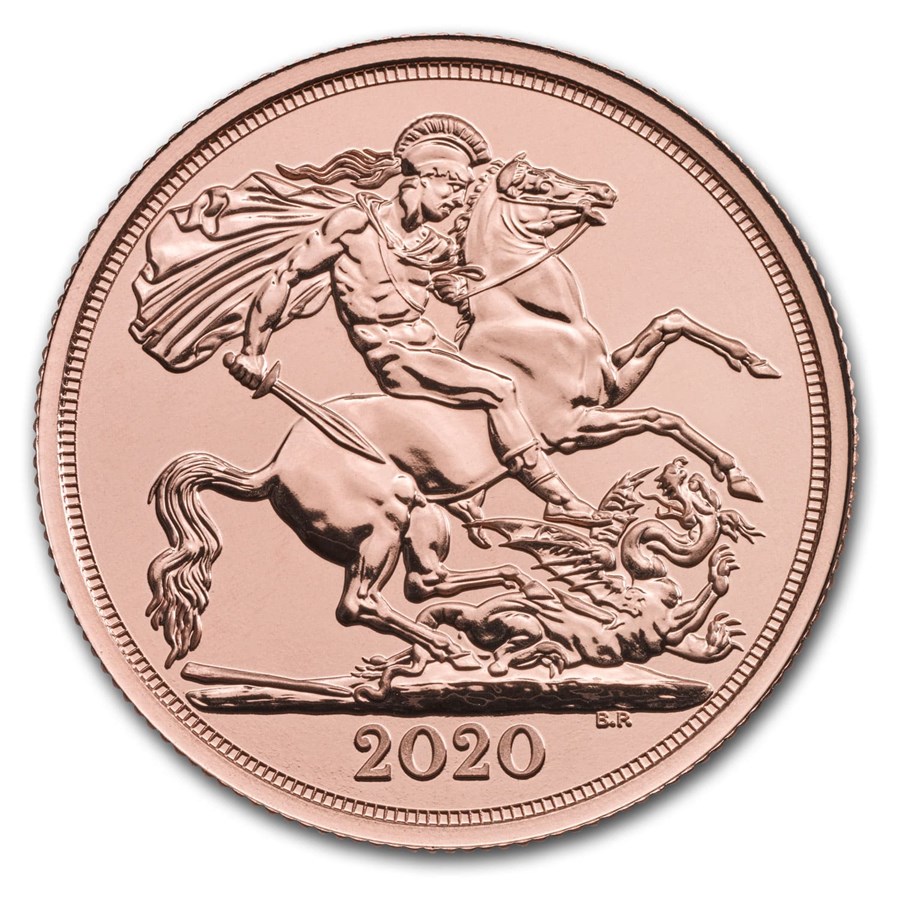 $1,669.00
Any Quantity
Product Details
Product Details
To mark the 200th anniversary of the Sovereign coin's numismatic introduction in 1820, the Royal Mint has introduced a Double Sovereign as part of the 2020 Sovereign bullion range. The coin features the classic St. George and the Dragon design.

Coin Highlights:
Handle your Gold coin with care by adding cotton gloves to your order.

Gold Sovereign
The Gold Sovereign was first struck in 1489, and has endured for centuries. The coin was first released by Henry VII to impress monarchs and others with the wealth of his Tudor dynasty. Succeeding monarchs also had the coin struck during their reign, including Henry VIII, Edward VI, Mary I and Elizabeth I. During James I's rule, minting of the coin was ceased, with other Gold coins being struck instead. Then, the guinea coin was introduced in 1663. After the currency reform following the end of the Napoleonic War in 1817, the sovereign was revived. However, during the First World War in 1914, the use of Gold was discouraged, and the Sovereign once again disappeared from circulation, until 1957 when the minting of sovereigns on a large scale was resumed. The current design of the Sovereign was first introduced in 1817, with a design by Benedetto Pistrucci, featuring a classic design of St. George mounted on horseback, slaying a dragon. The Double Sovereign was first released in 1820, using the Benedetto Pistrucci design. This particular coin never entered general circulation.

Truly a beautiful coin. Not exactly "pink gold" as shown in the scan, but more pinkish red, and a striking color. Suspect this will sell well.