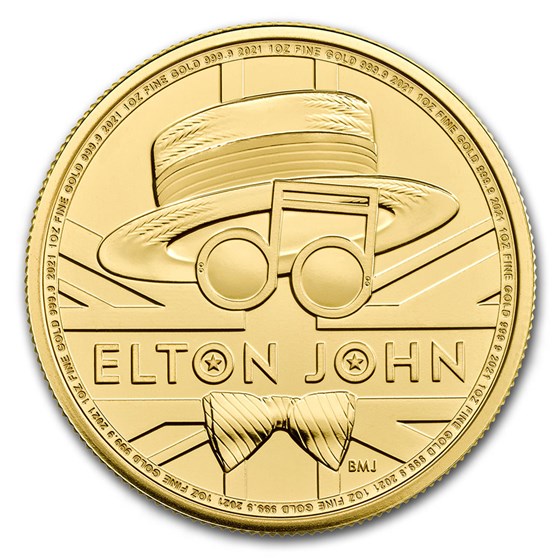 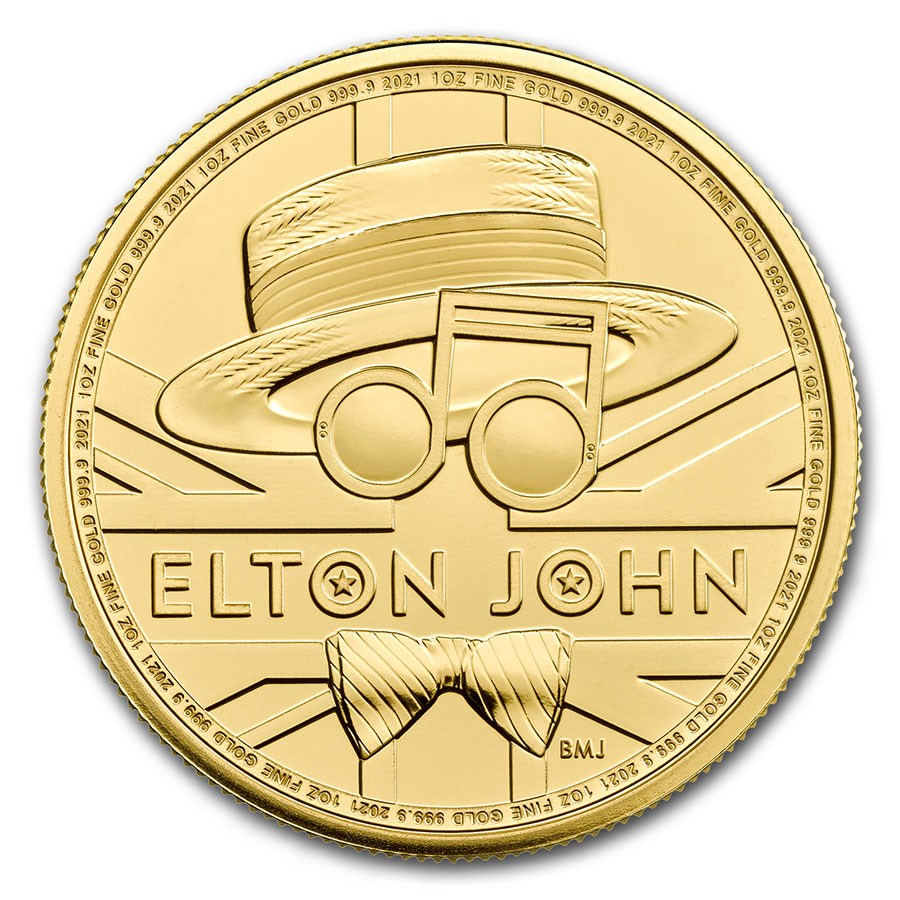 Product Details
Product Details
This series from The Royal Mint celebrates British Music Legends. The second bullion release features the iconic musician, Elton John. This coin has a limited mintage of only 2,500!

Coin Highlights: Handle your capsules with care by adding these cotton gloves to your order.

Elton John
Born Reginald Dwight, Elton John displayed remarkable musical talent at a very young age, and quickly grew to become a global sensation. Over five decades as an entertainer he has sold more than 300 million records worldwide. Elton John is without doubt a British music legend. The coin design was created by Bradley Morgan Johnson and continues the Music Legends series that launched with Queen. The unique Elton John design represents the artist’s I’m Still Standing era and features a pair of his characteristically striking spectacles.

British Music Legends Series
Britain has been a breeding ground of musical talent and artistry, producing some of the biggest names in music history that have helped shape the world of music to be what it is today. This series was created to honor these legends by placing them on an official UK coin. The Royal Mint unveiled this revolutionary collection in January 2020 with the inaugural design celebrating one of the world's greatest rock bands, Queen. Since then, the series has featured artists such as David Bowie and Elton John.

Huge Elton John fan and I occasionally like to make a gold purchase for long term investment.