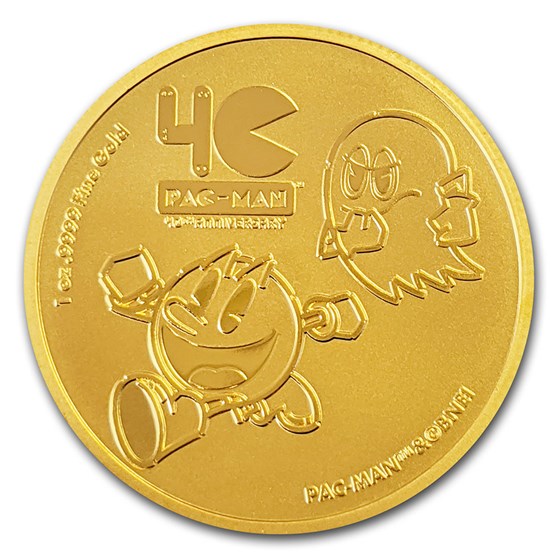 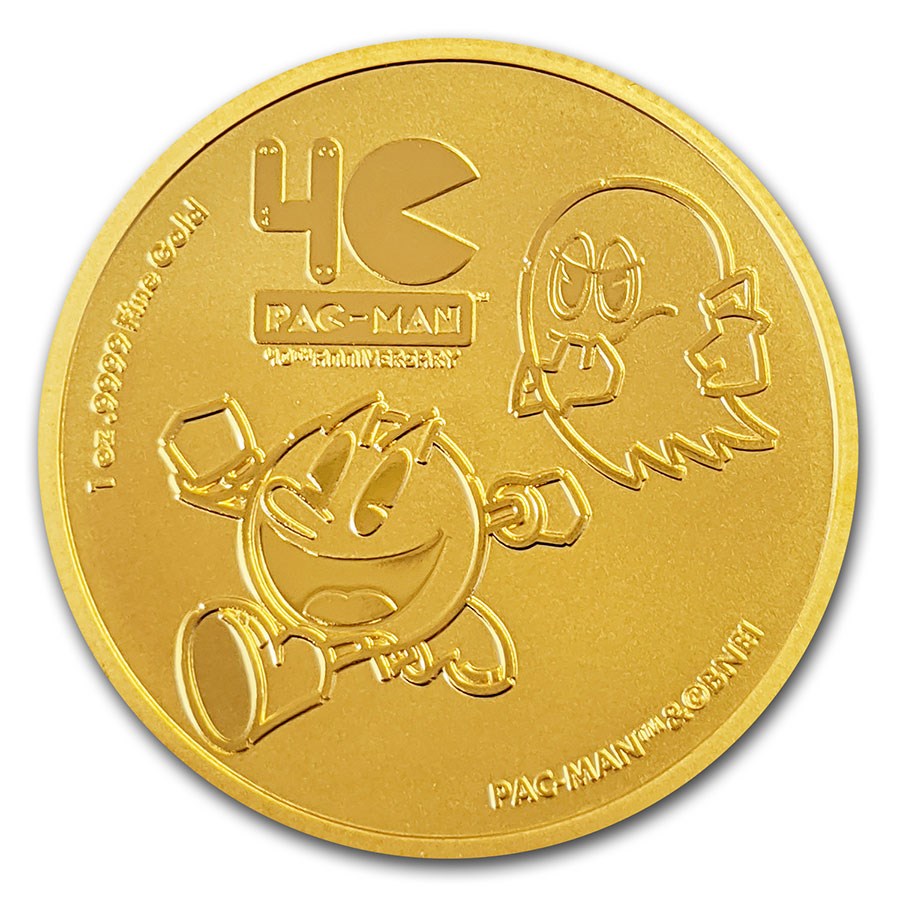 Claim one of these highly collectible bullion coins stamped in .9999 fine Gold and protected in a special PAC-MAN™ box with COA. These official PAC-MAN™ 40th anniversary coins make the perfect gift for video game fans, coin collectors and investors alike.

Add this 2020 1 oz Gold PAC-MAN™ 40th Anniversary coin with Box and COA to your cart today!

pac man gold to go with my silver peice

actually this is a really cool piece. dunno what took me so long to order 1 oz .9999 in a nice little box. PAC MAN! thanks

thank you very much for yours excelent service