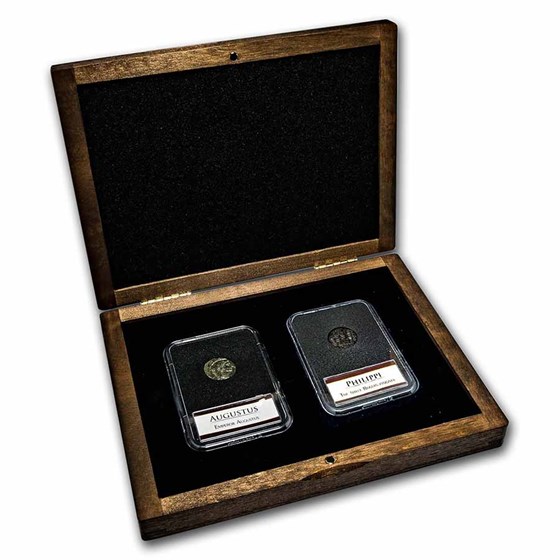 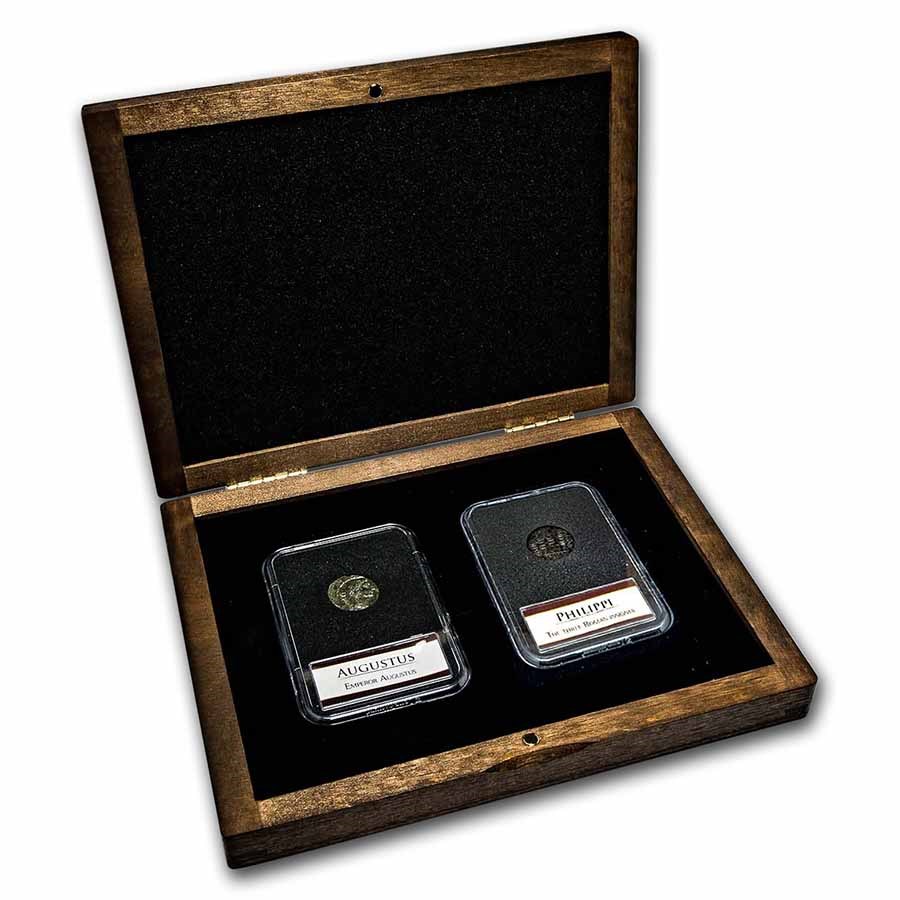 Product Details
Product Details
This unique set commemorates the victory of Octavian, later known as Augustus, first Emperor of Rome, and Marcus Antonius over the conspirators involved in the assassination of the legendary Julius Caesar. Augustus himself is depicted on one of the coins.

Set Highlights
Protect your coins from fingerprints by adding these cotton gloves to your order today.

Add this Battle of Philippi set to your collection today!