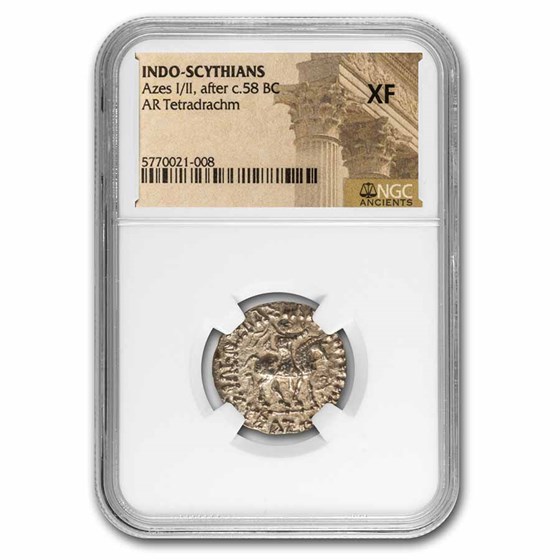 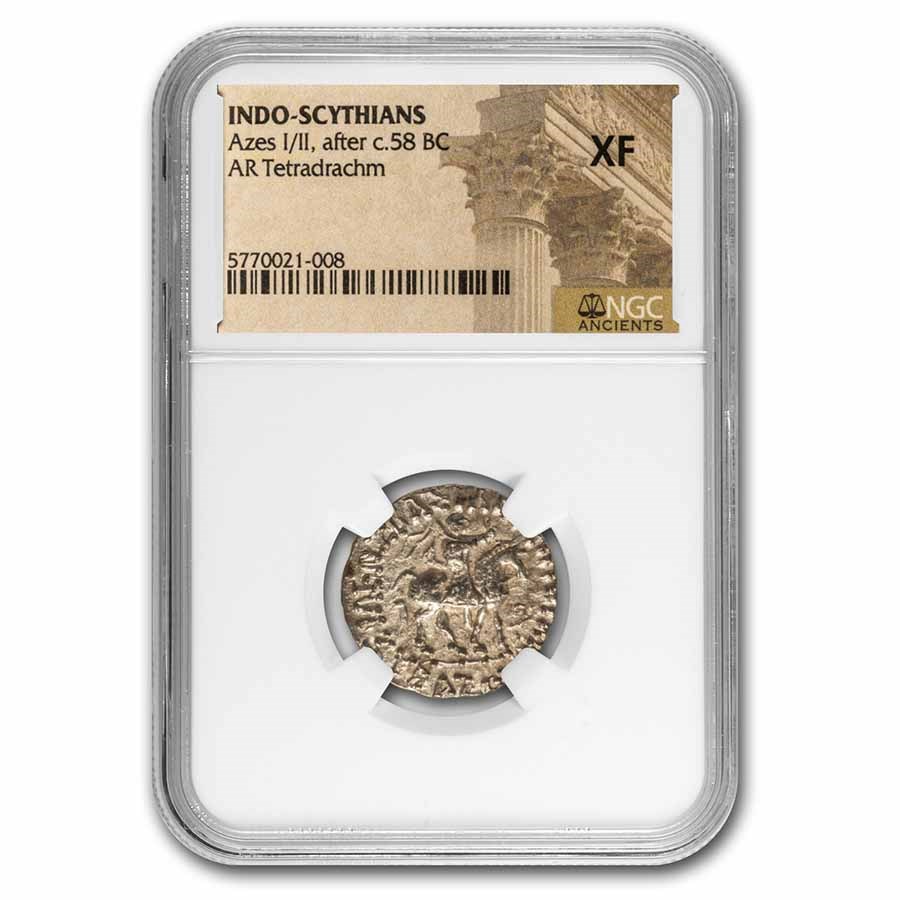 $26.82
As Low As
Product Details
Product Details
Silver Drachm from the reign of Azes II, king of Bactria, present day Afghanistan, from 35 BC to 5 AD. He was a political descendant of Alexander the Great, who brought Greek culture to the East. It is thought to be part of the tribute paid to Jesus.

Protect and display your Indo Scythian Tetradrachm in style by adding an attractive display or gift box to your order.