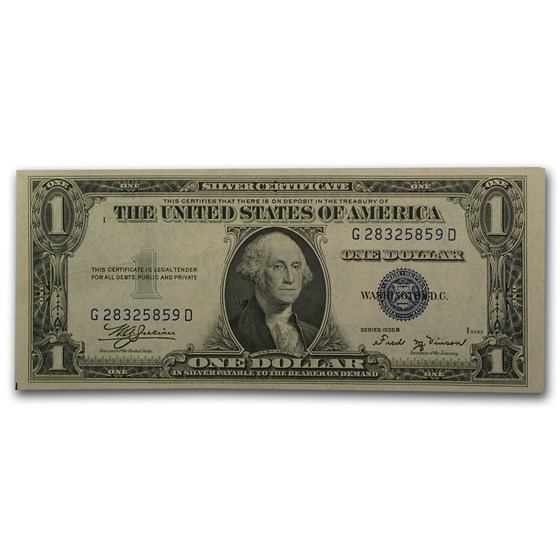 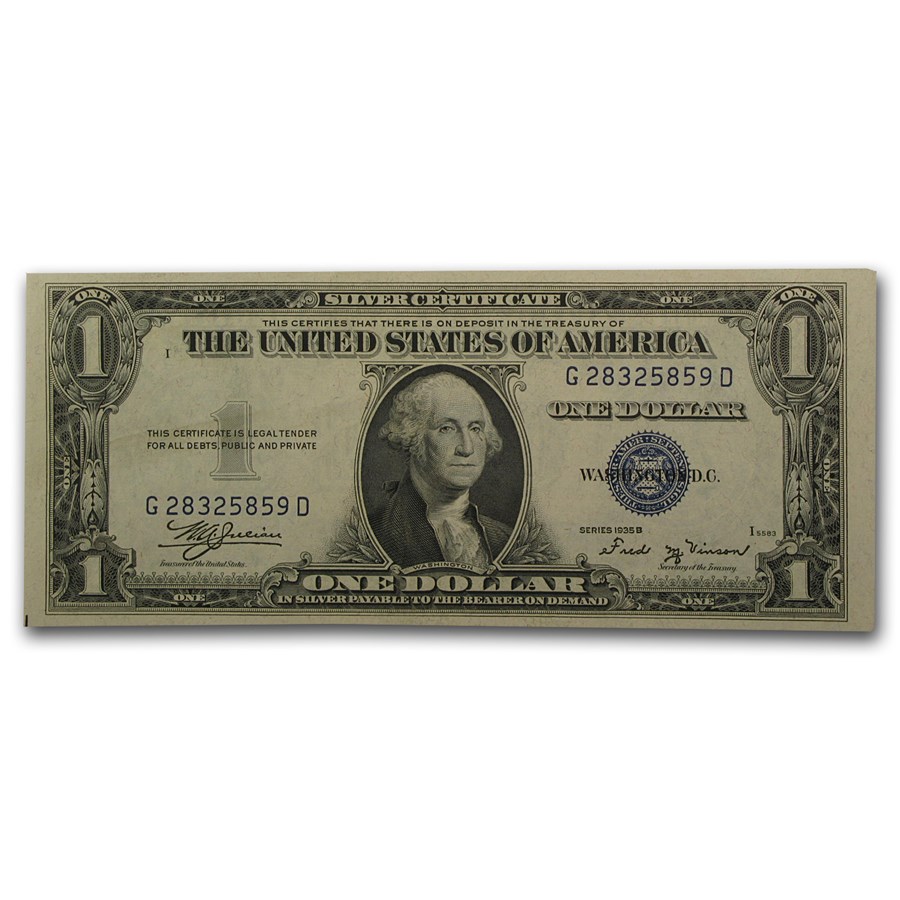 Product Details
Product Details
Series 1935-B $1.00 Silver Certificate with the Julian/Vinson signature combo. A great CU example and a tough note to find this nice.

Although many of these series were printed in the billions, Almost Uncirculated examples of these Silver Certificates are not that easy to find. Add some of these great conversation pieces to your cart today!

These men served concurrently for just one year as Fred Vinson was appointed Chief Justice of the U.S. Supreme Court by President Harry S. Truman.

Vinson is one of only two men in history to hold both positions of Secretary of the Treasury and Chief Justice. The other was Salmon P. Chase, who was appointed to both positions during the presidency of Abraham Lincoln.