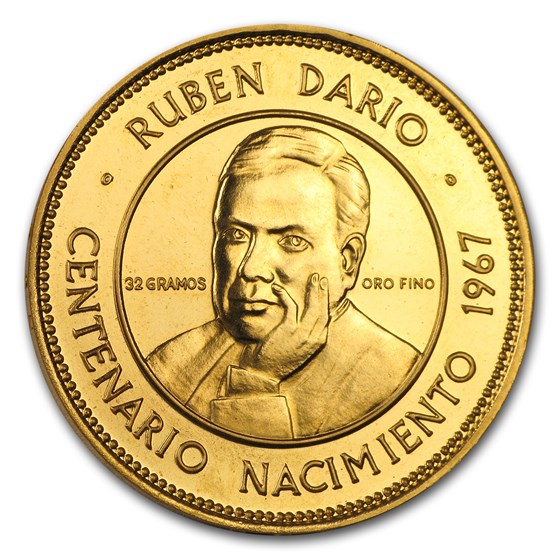 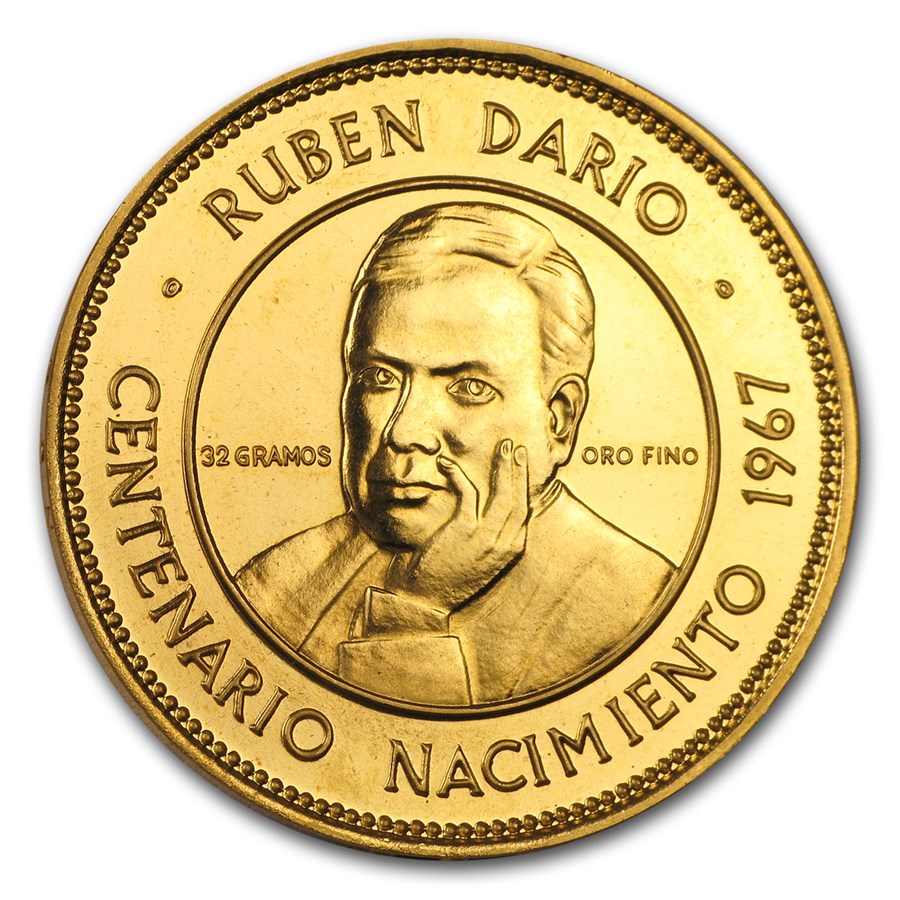 $1,913.79
As Low As
Product Details
Product Details
Nicaraguan 50 Cordobas Gold coin commemorating the 100th anniversary of the birth of Ruben Dario, a poet who initated the Spanish-American literary movement at the end of the 19th century.

Ruben Dario was born in Metapa on January 18, 1867. The was renamed to Ciudad Dario by a Decree of the Government in 1920, to honor the city's most famous son.