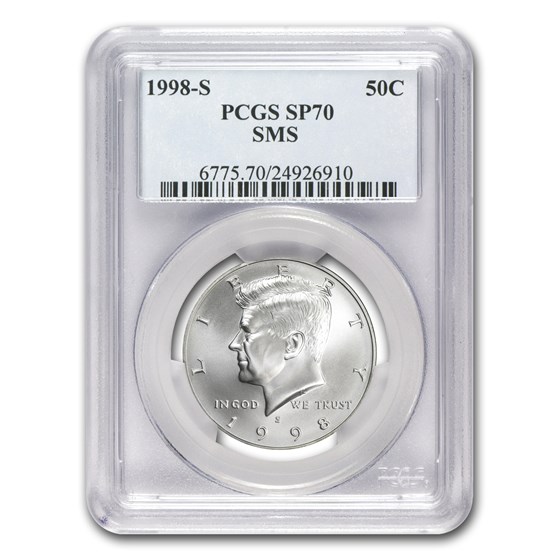 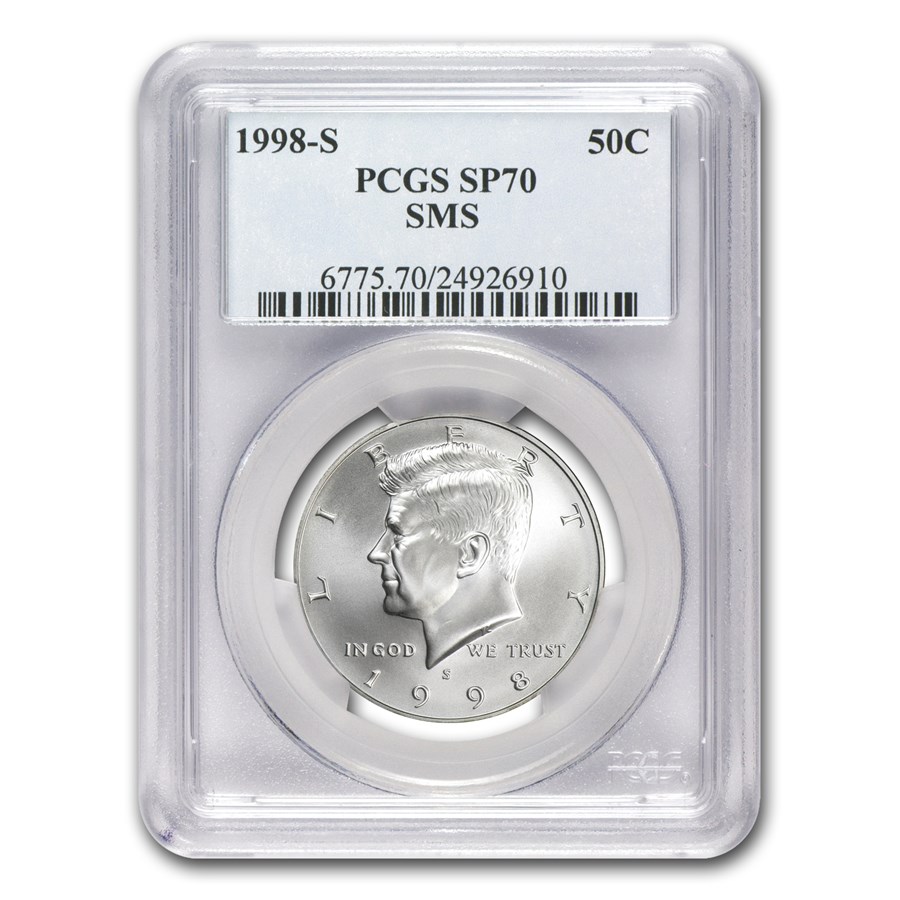 Product Details
Product Details
Available only in a two-coin set alongside a commemorative coin honoring Robert Kennedy, this 1998 matte finish half dollar is the scarcest issue in the series having a mintage of only 62,000. This example is certified a flawless SP-70 by PCGS.

Coin Highlights:
Display your certified Kennedy Half Dollar by adding a beautiful presentation box to your order.

This beautiful commemorative coin would make a perfect gift or collectible. Add this certified matte-finish Kennedy Half Dollar to your cart today!

John F. Kennedy, the 35th President of the United States was born and raised in Massachusetts and is most known for his the Bay of Pigs Invasion as well as the Cuban Missile Crisis in late 1962. He was assassinated on November 22, 1963 in Dallas, TX.