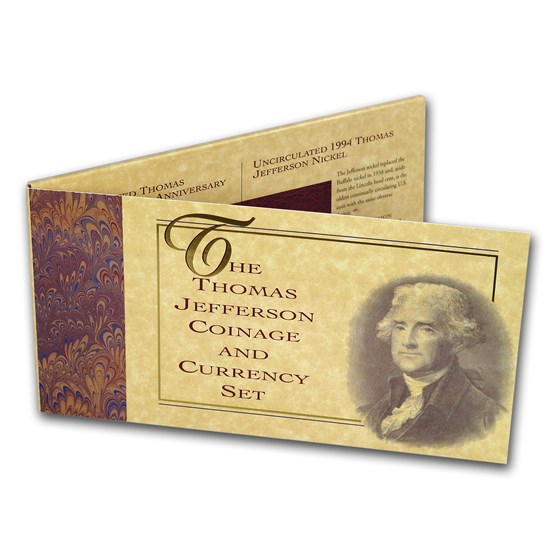 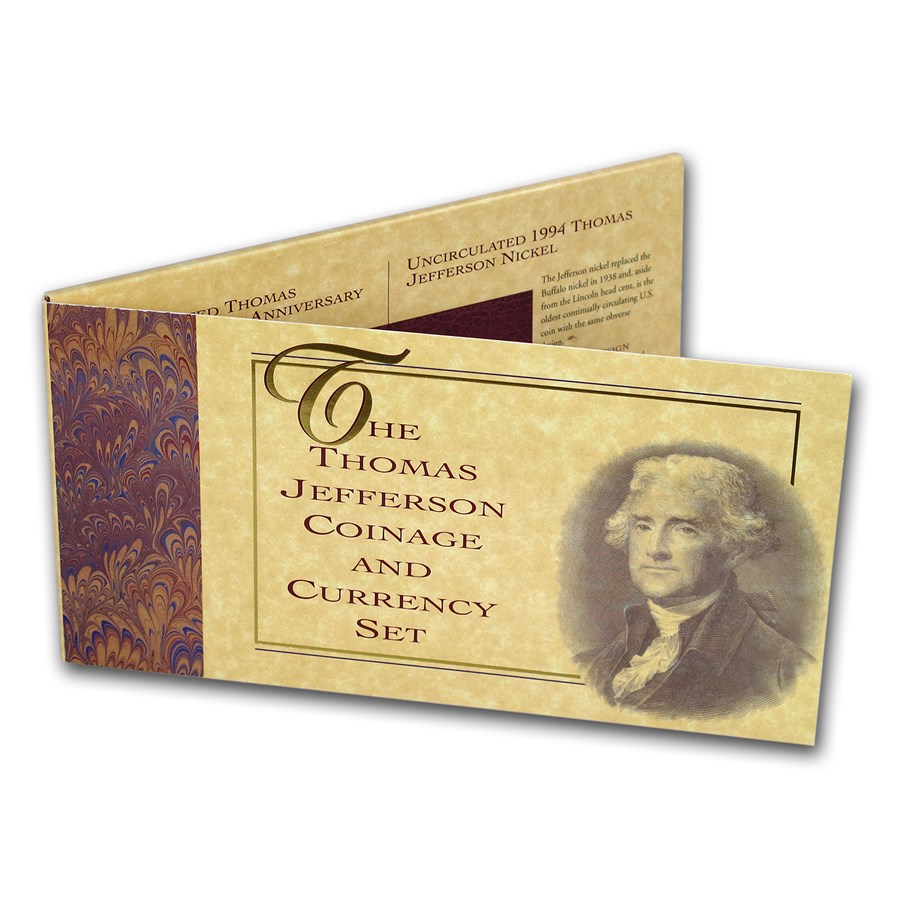 $19.99
Any Quantity
Product Details
Product Details
This commemorative set includes a 1993 Jefferson 250th anniversary Dollar (BU), a 1976 Two Dollar Bill and a 1994 Matte Finish Nickel along with a box and a certificate of authenticity.

I will buy this again