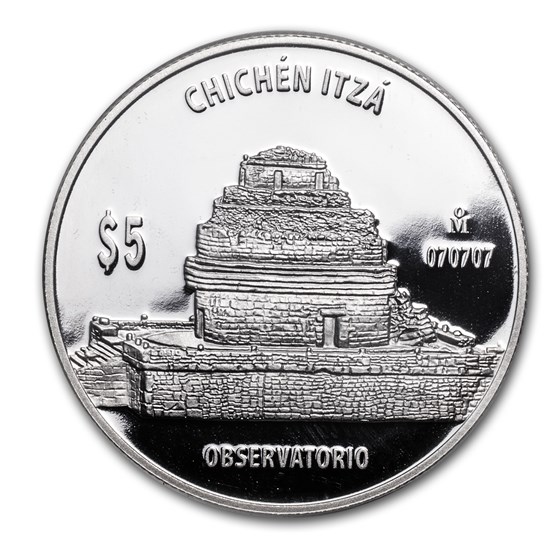 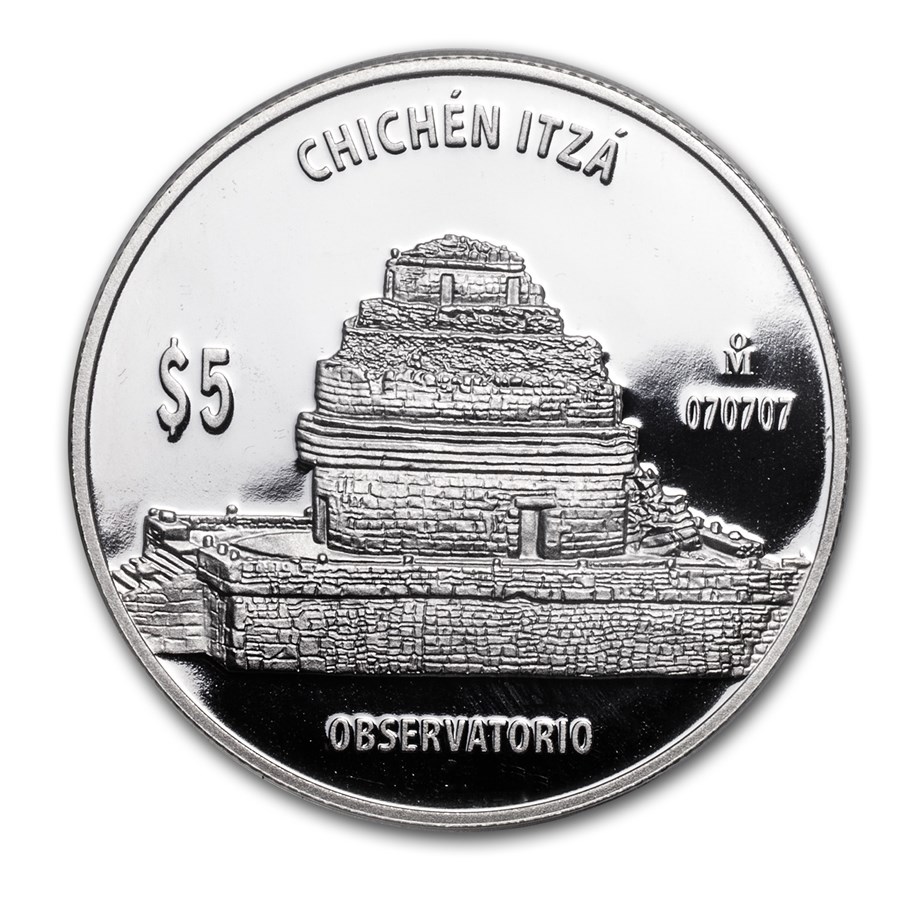 Your purchase is guaranteed to match the quality of the product shown. It will not be this exact item.
Product Details
Product Details
Part of a 5-coin series, released in 2012 to celebrate the naming of Chichén Itzá as one of the New Seven Wonders of the World, this 1 oz Silver Proof coin features the observatory at Chichén Itzá.

The Observatory at Chichén Itzá is called el Caracol (or snail in Spanish) because it has an interior staircase that spirals upward like a snail's shell. The round, concentrically-vaulted Caracol was built and rebuilt several times over its use, in part, scholars believe, to calibrate the astronomical observations.

The first structure was probably built here during the transition period of the late 9th century and consisted of a large rectangular platform with a stairway on its west side. The windows in the Caracol point in the cardinal and subcardinal directions and are believed to enable the tracking of the movement of Venus, the Pleiades, the sun and the moon and other celestial events.