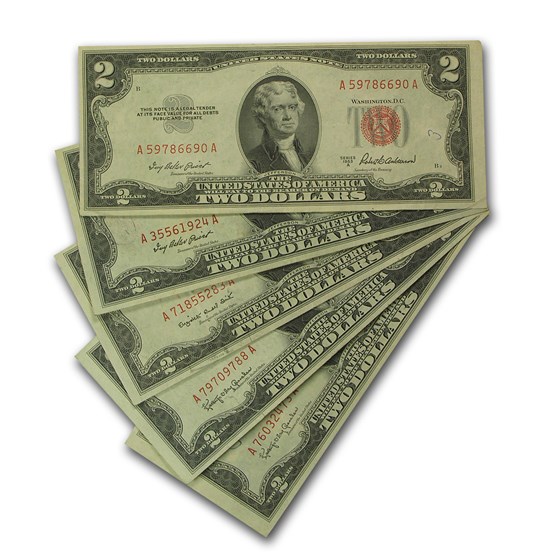 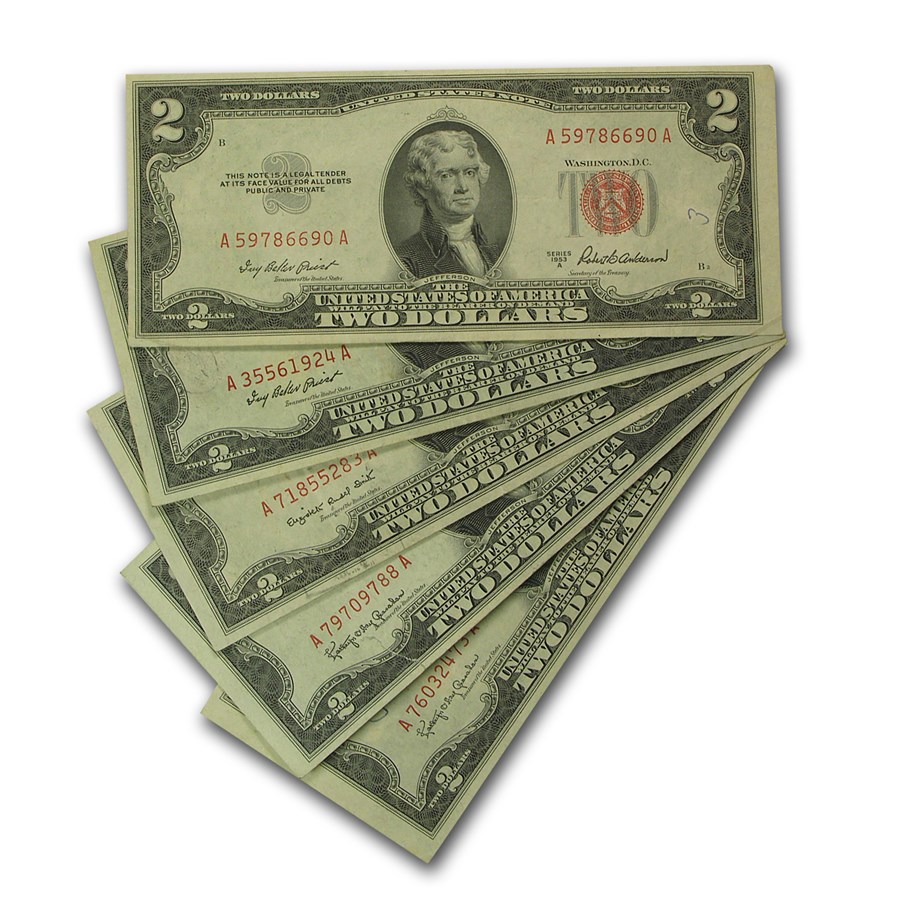 Currency Highlights: These notes are a great part of history that can easily be added to any collection. Add some of these great conversation pieces to your cart today!

United States Notes were adopted for circulation during the Civil War in 1862 in denominations from One through One Thousand Dollars. The $2 denomination remained when we switched over to small size notes in 1928 and continued until the early 1960s when the denomination was discontinued. The deuce was revived in 1976 as a Federal Reserve Note. Although they are still legal tender, their red seals and serial numbers make them great collector items.

Series 1953 $2 United States Notes were printed in large numbers, and they saw heavy usage until the type was discontinued in the 1960s. These $2 Red Seals are popular with collectors!

Series 1953 through 1953-C of our choice and limited to available inventory.

These are really cool to look at, and are a piece of American hisorty.

I love them. I used to get these all the time from my grandparents, this would be I think #15 amount for me. I love $2 bills. I don't have any from this year so this is great. Something that I will love for a long time :)

I used to always beg my father and grandparents for $2 bills on my birthday or Christmas. For me it's always been one of the most attractive pieces of US currency. Nowadays it is very hard to find them. These Red Tails look great. It was a very small investment on a piece of history that people will not see very often in the near future! As always, APMEX sent me exactly what they described on the website in under a week. I love them and recommend APMEX to everyone I know!