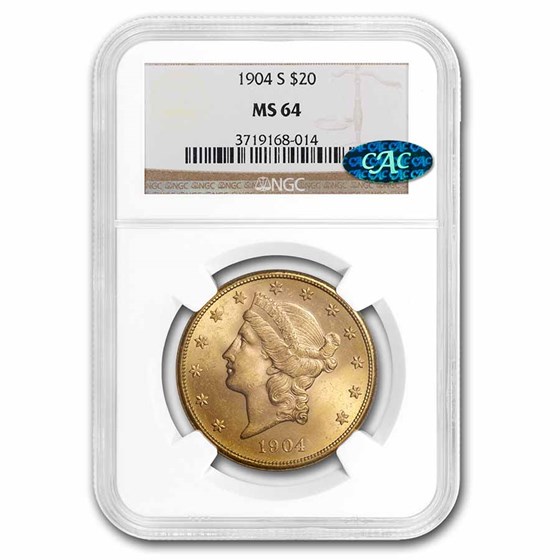 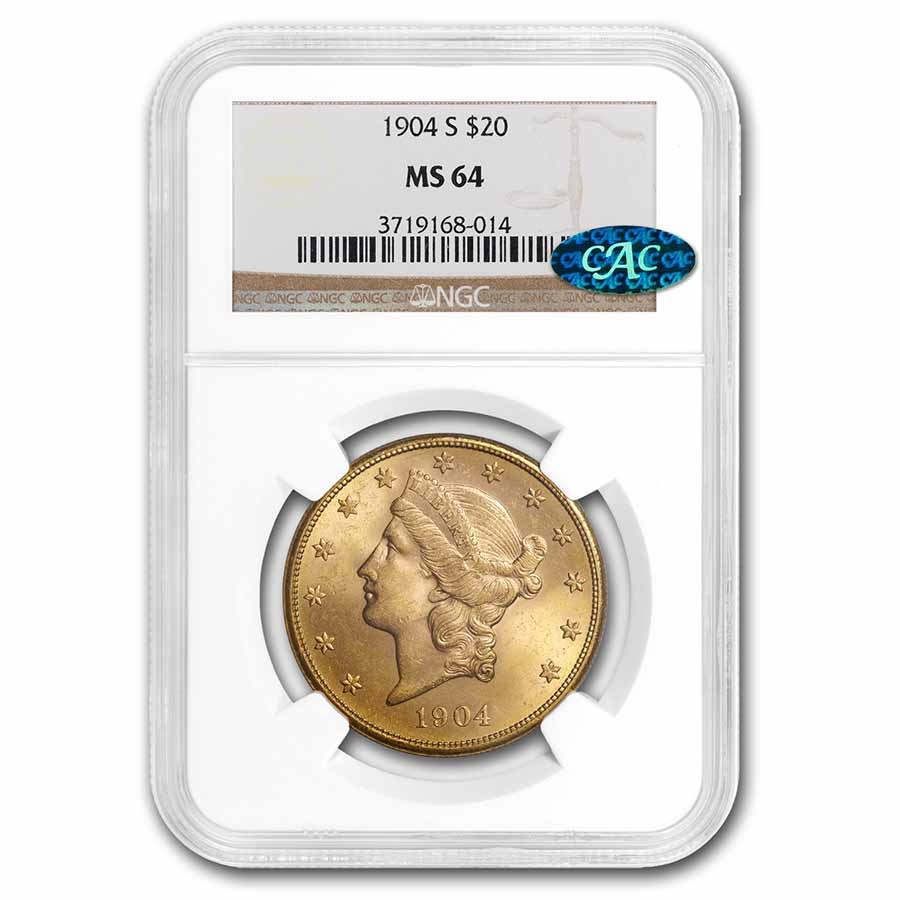 Product Details
Product Details
This 1904-S $20 Liberty Gold Double Eagle has been certified as MS-64 by NGC, one of the top coin grading services. This highly collectible coin is a great addition to any numismatic collection!


Protect your NGC certified $20 Liberty Gold Double Eagle, and your other collections and investments, by adding a home safe or lock box to your order.

Bring a classic design to your collection by adding this $20 Liberty Gold Double Eagle graded MS-64 by NGC to your cart today!

1904-S $20 Liberty Gold Double Eagle MS-64 NGC
James B. Longacre (August 11, 1808 – January 1, 1887) was the Chief Engraver of the United States Mint from 1844 up until his death in 1887. He was born in Delaware County, Pennsylvania, becoming an apprentice in an engraving and bank note company in Philadelphia. James B. Longacre is most prominent for designing the Liberty Head Double Eagle, creating the Myriad Cent, and producing other well-known designs such as the Indian Princess and Flying Eagle Cent. Many of his designs are still being used on U.S. coinage today.

The Liberty Gold Double Eagle was minted from 1850-1907. It has .9675 oz of Gold and has a face value of $20. James B. Longacre's design has Lady Liberty on the obverse encircled by thirteen stars with the date below, while the reverse has a perched eagle with the face value and "UNITED STATES OF AMERICA" around it. The Double Eagle was minted at all seven U.S. Mints (Philadelphia, San Francisco, New Orleans, Carson City, Denver, and West Point) for the duration of its time.

The Liberty Gold Double Eagle is one of the most known and recognizable coins in U.S. history. James B. Longacre's original design for the coin has been appreciated for its beauty and simplicity, and it remains an iconic image of American coinage.