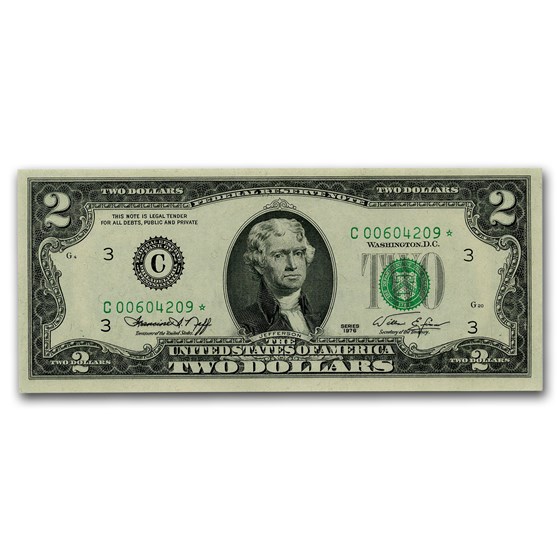 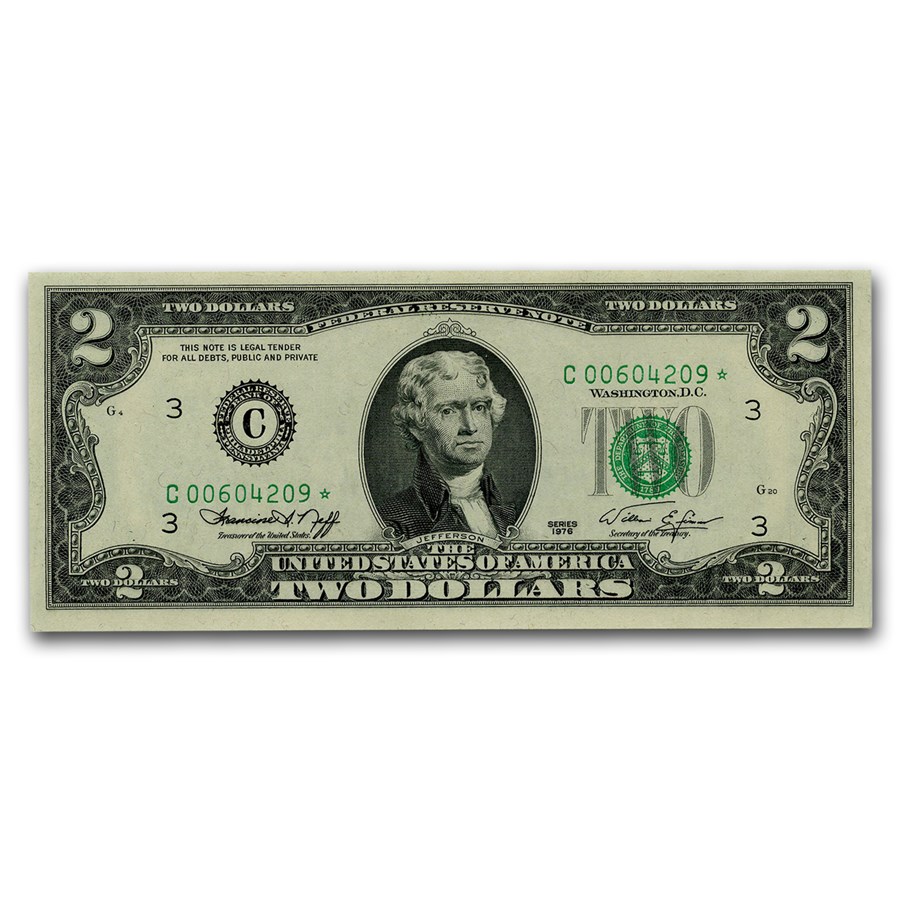 The deuce was revived in 1976 as a Federal Reserve Note and issued on April 13, 1976; Thomas Jefferson's 200th birthday. This was part of the American Bi-centennial celebration. Although they were issued in large numbers, they never really circulated, and became nice collector items as mementos of that great national celebration!

Series 1976 $2 FRN's were printed in fairly large numbers, but the Philadelphia district is one of the elusive ones from that issue.